A blog entry which collects all the background and photos of my Freeguild Army. It will collect the posts from my painting log thread into a nice blog post!

Towards the east of Ghur lies a region of deserts. They are greatly affected by the unstable magic of other realms, an effect I termed Realm-Bleed during my travels. The northerly desert is an icy, stone-strewn tundra where little thrives. The magic of Shyish bleeds into the northernmost edge of this tundra, ensuring that which does survive the sparse wilderness is truly hardy and fearsome to face in combat.

The southern desert is a sandy region where waves of dunes ripple across the horizon. This desert is hot, and the further south one travels, the greater the effects of Aqshy Realm-Bleed. The two deserts are split by a strip where, against all odds, life thrives. This tropical oasis features a vast lake and rivers that feed farmlands before reaching the Eastern Sea. To the north and south of the bountiful lands are the Twin Jewels of the Deserts - Kislavia and Ajier.

Kislavia is the city that lies to the north of the oasis. Its people are rugged and used to fighting the cold. They are experienced hunters and have tamed a number of the fearsome beasts that inhabit the northern tundra. While the majority of the population live in the city of Kislavia, there are a number of nomadic tribes that roam the wasteland for food, as well as dangers in the form of monsters and enemies. The tribes can be distinguished by the colours of the tassels their carry. Some tribes specialise in archery, others in trade, while a rare few focus on taming the wild creatures of the tundra. In times of war the tribes will band together to protect Kislavia. These occasions see a formidable force of spearmen, archers, handgunners and beast-riders marching in unison. These dangerous times even see marble-clad remnants of Sigmar's Stormcast and the reclusive Rieklings, or Ice Goblins, join the tribes of Korgoria to protect their lands. 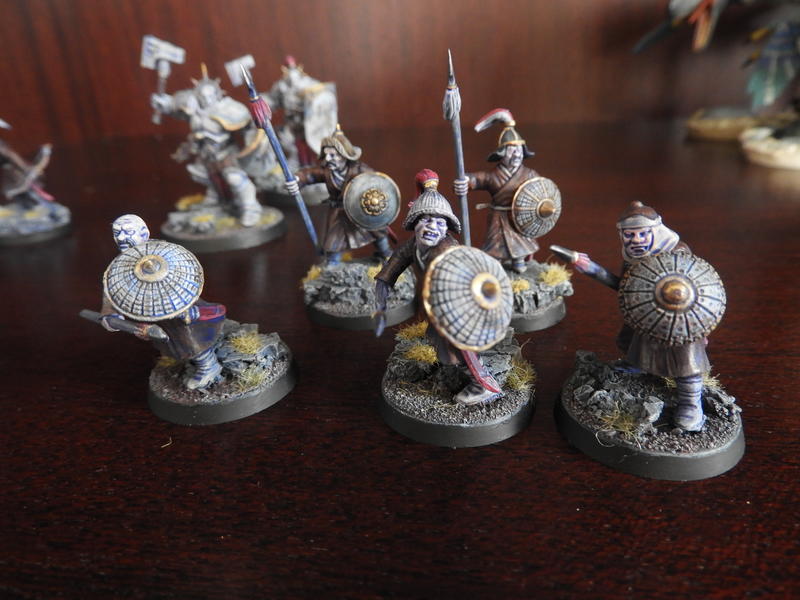 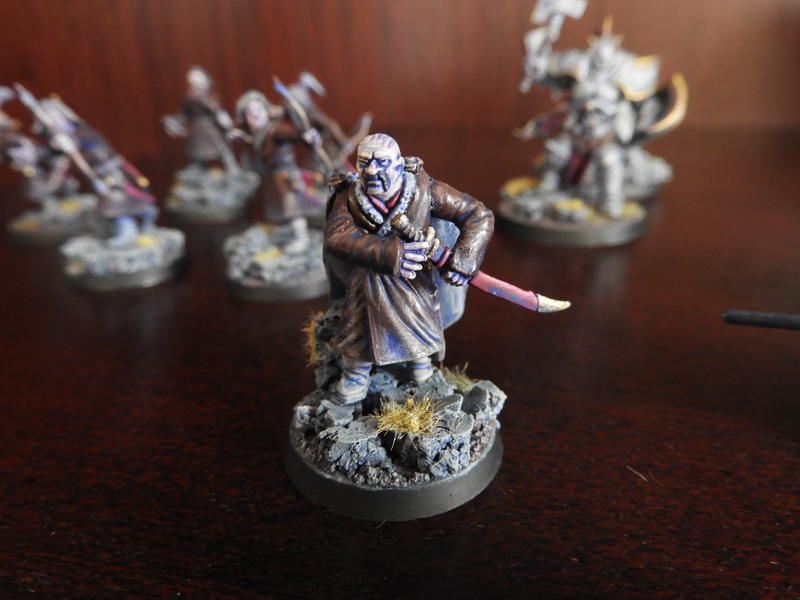 The Kalisha tribe is one of the main tribes that make up the Kislavia population. They live a nomadic lifestyle in the region surrounding the capital. They specialise in archery and hunting. Often they will hold archery competitions, both on foot and on horseback. The targets of these challenges range from small, speedy hares to larger beasts like thundertusks. The tribesmen can usually be identified by the pale tassels they wear on their helmets or their immaculately kept bows and quivers. The huntsmaster I met hunted alongside a large hawk who could spot a moving hare from a mile away. He was a stern drillmaster, and often surveyed his men to ensure they were operating perfectly. His right hand was missing its little finger, and, though its disappearence was never explained, I do believe his bad-tempered hawk was responsible. 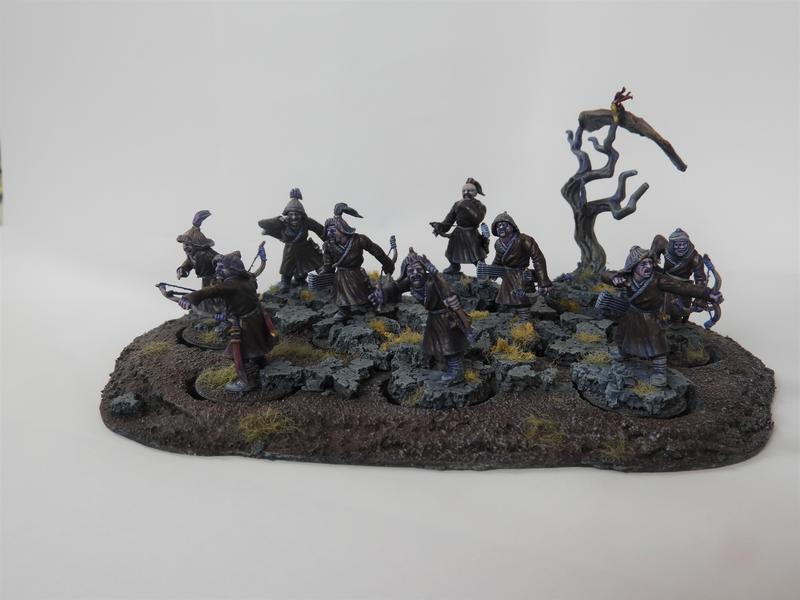 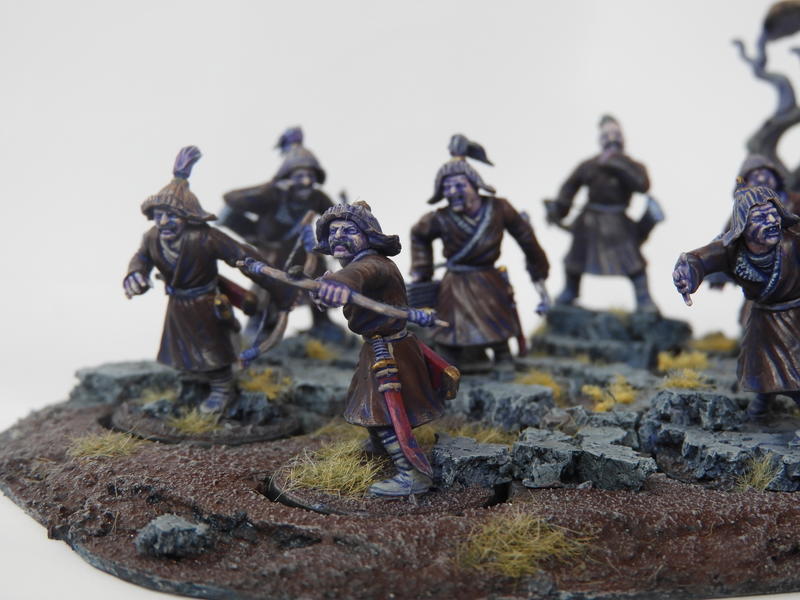 The Tradiki tribe are a gregarious tribe famed for its diplomatic ties and trading links. Rivalry does occur douring peacetime between the Tradiki and the Kaslisha, due to the former's desire for technological progress and development, and the latter's wish for traditional arms and rituals. Despite this, there have been numerous occasions where the tribes unite to fend off a greater threat. The Tradiki are identifiable by their ponchos and woollen gloves. They contribute sharpshooters specialising in the use of handguns to Kislavia's armies. Their technology is acquired through trade with Kislavia's Sky-Dawi Enclave. 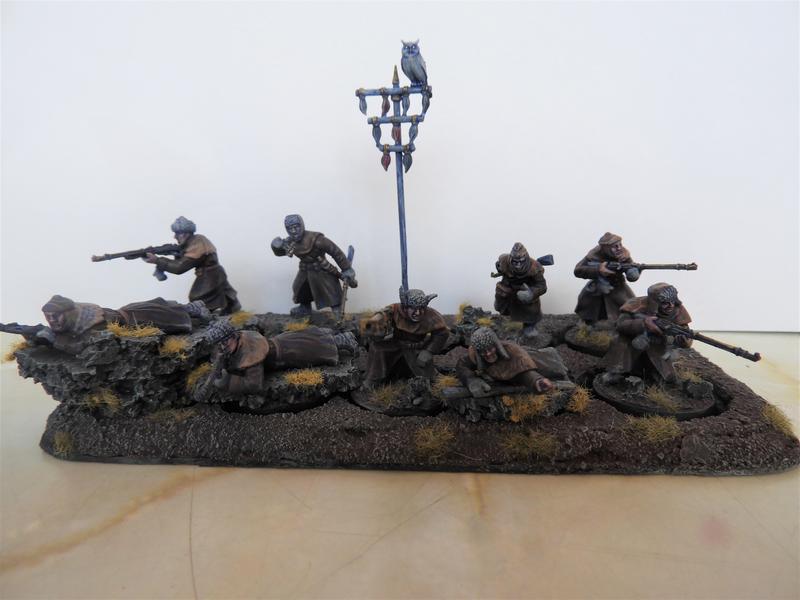 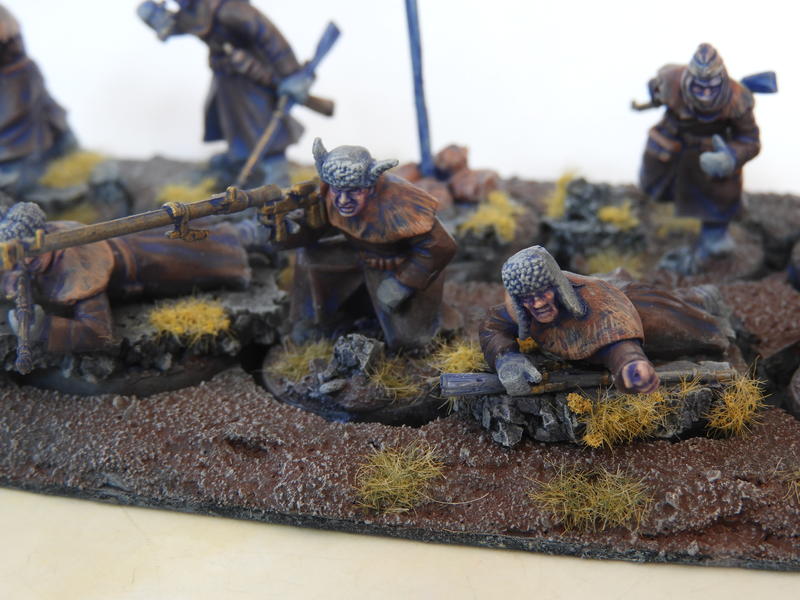 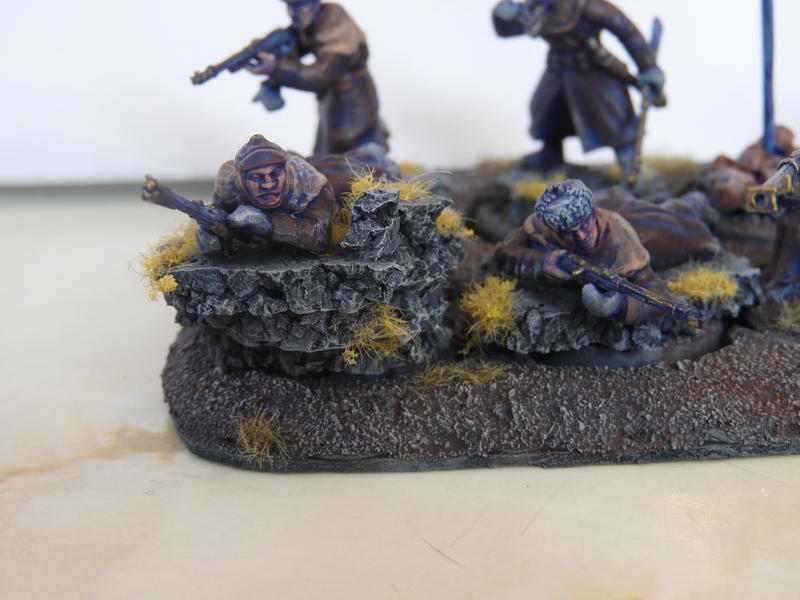 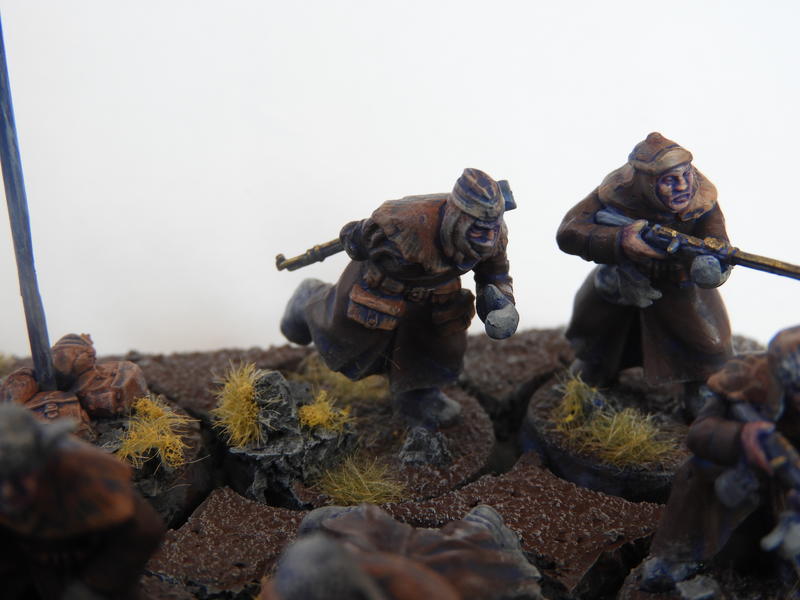 In times of great danger the tribes of Kislavia will band together to defend their territory. In these cases specialists from each tribe form units, such as the Kalisha forming groups of archers and the Tradiki forming units of handgunners. Less experienced members of each tribe will join mixed groups of spearmen. These diverse units can even feature some of the braver Ice Goblins from the more civilised tribes that trade with the Tradiki. 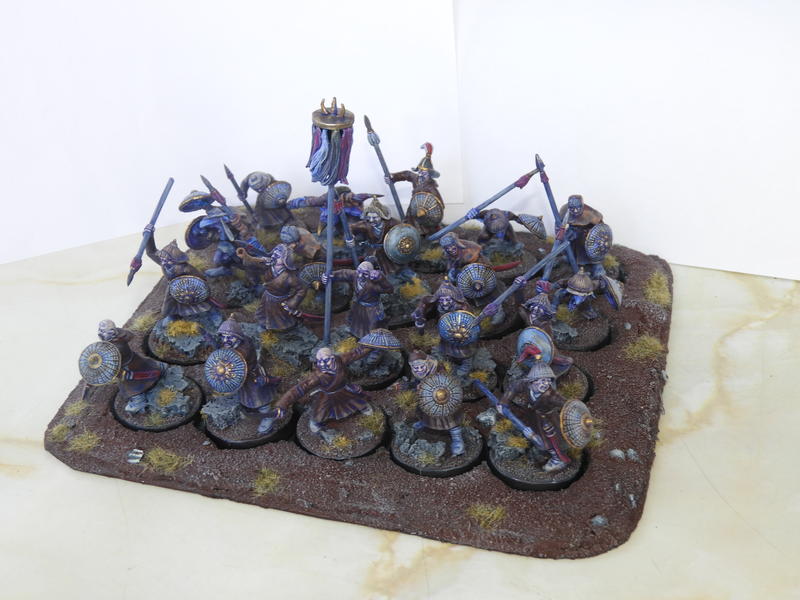 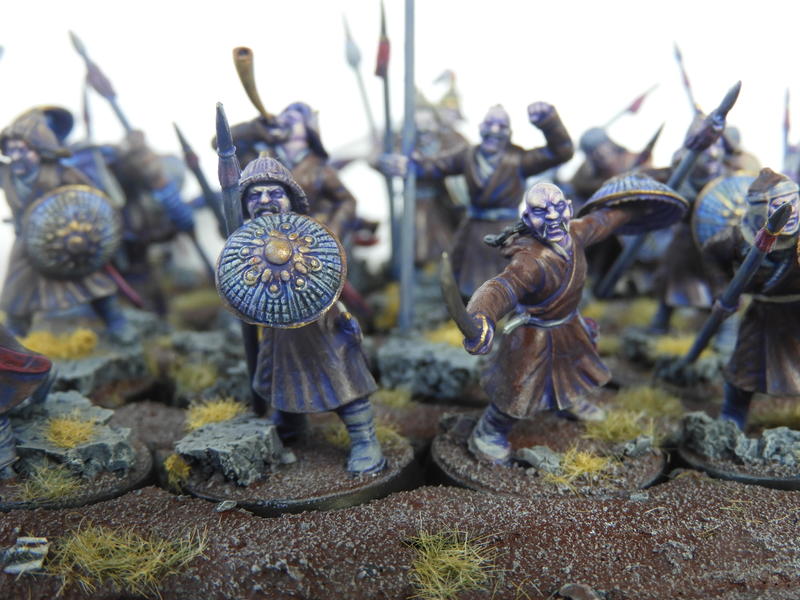 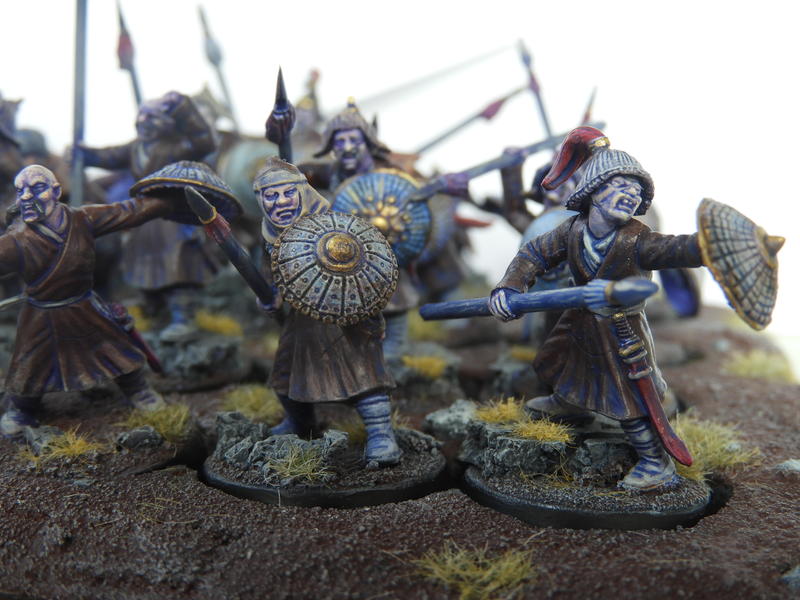 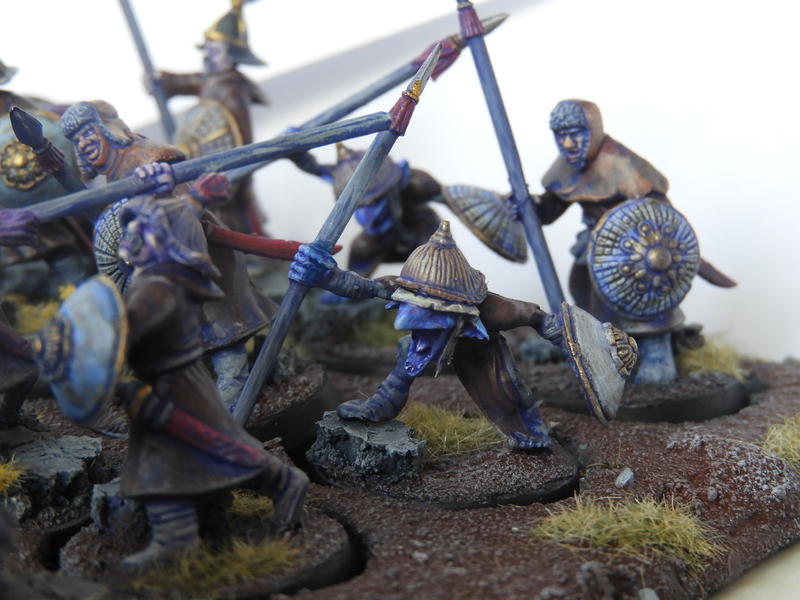 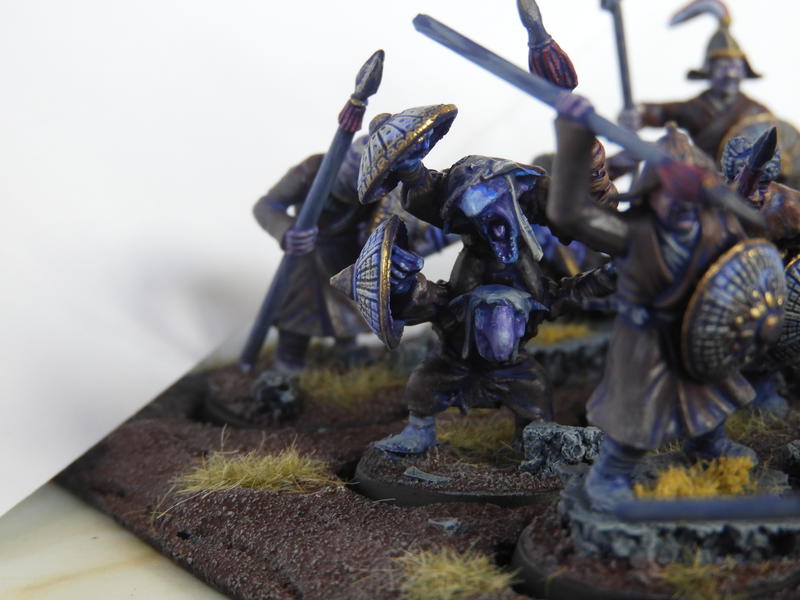 Ice Goblin Allies, an unlikely source of allies that joins the Kislavian forces in times of great danger.

The Ursaria tribe is the smallest of Kislavia's Great Tribes. However, it is one of, if not the most, influential tribes in the region. Its members are renowned for their taming of the greatest predators of Ghur's tundra. The tribe will bring its heavily armoured lancers and their ferocious Ursus mounts to battle in Kislavia's defense. A regiment of Ursus lancers is a truly terrifying sight, with both rider and mount working in unison due to their mutual respect. 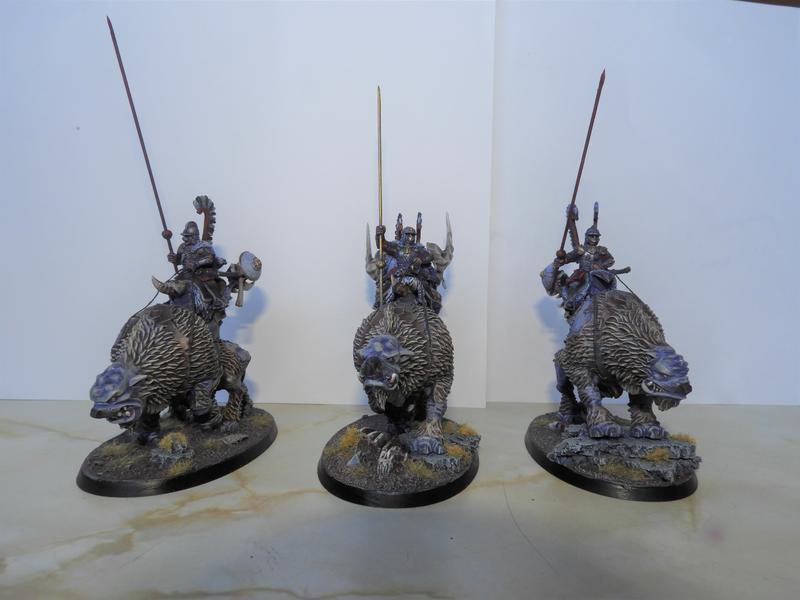 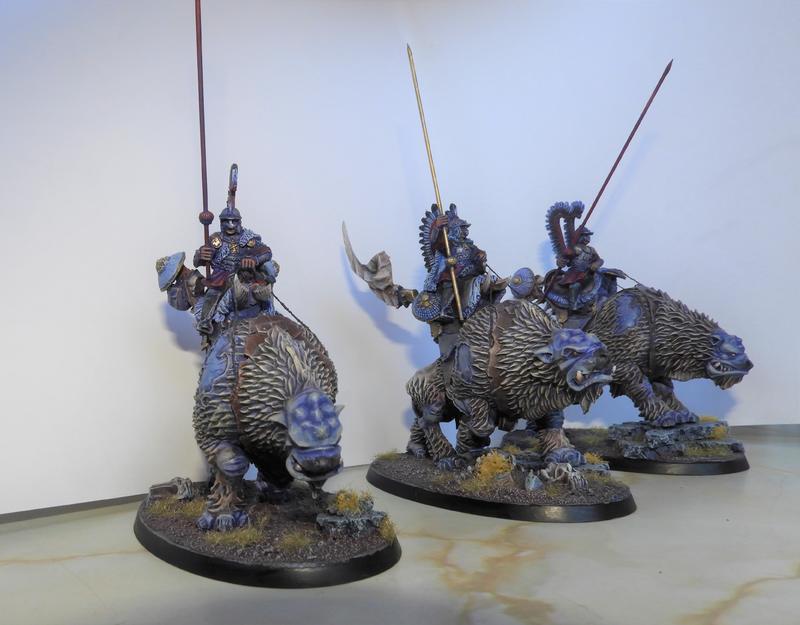 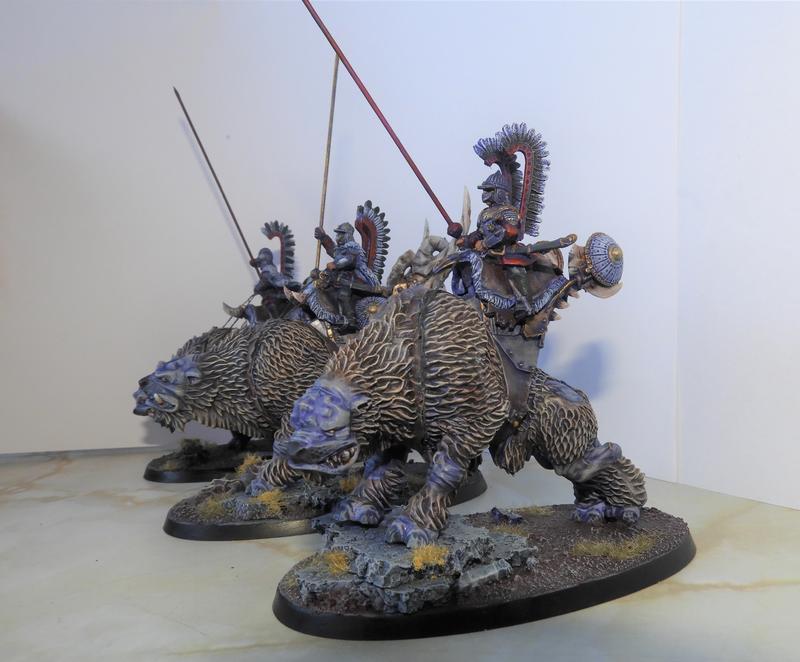 Ur-Sak Boris is the leader of the Ursaria tribe. He is easily spotted with his bright red robes and his pristine gold armour. Many legends have been created by the great warrior, his gleaming white blade - Fang - and his enormous mount Kariina. Kariina is a great urserine, a species related to the ursus. Urserines never stop growing, therefore their size is a great indictor of a specimen's age and exerience in battle. Kariina is huge, and those who are not wary of her will soon be crushed beneath her tremendous hooves or savage teeth. 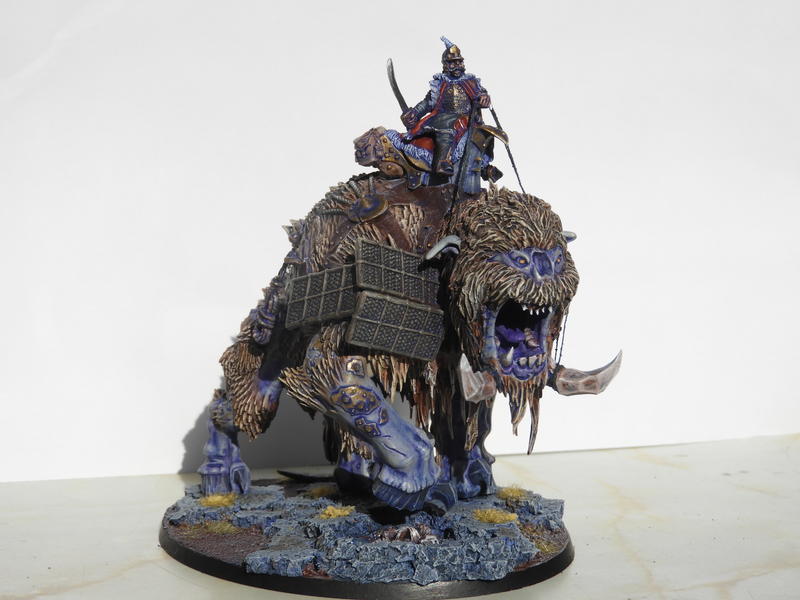 Ur-Sak Boris on the great Karina. 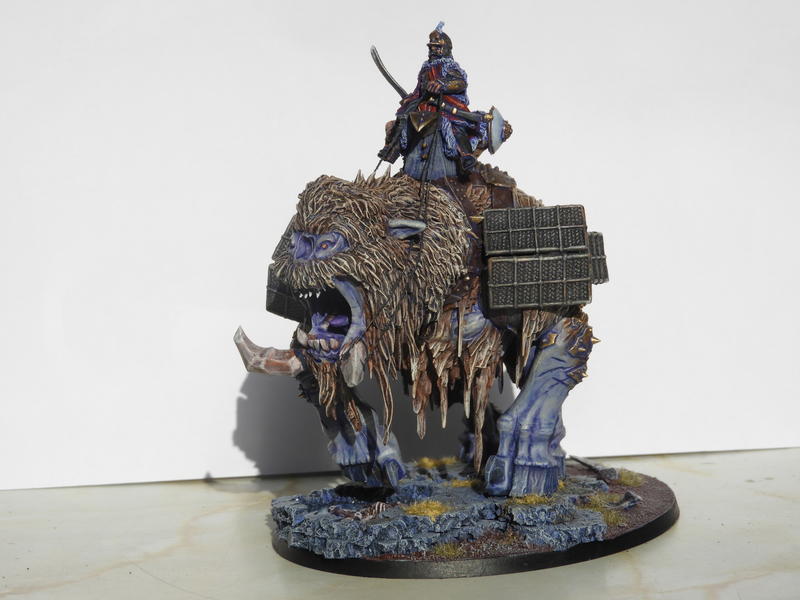 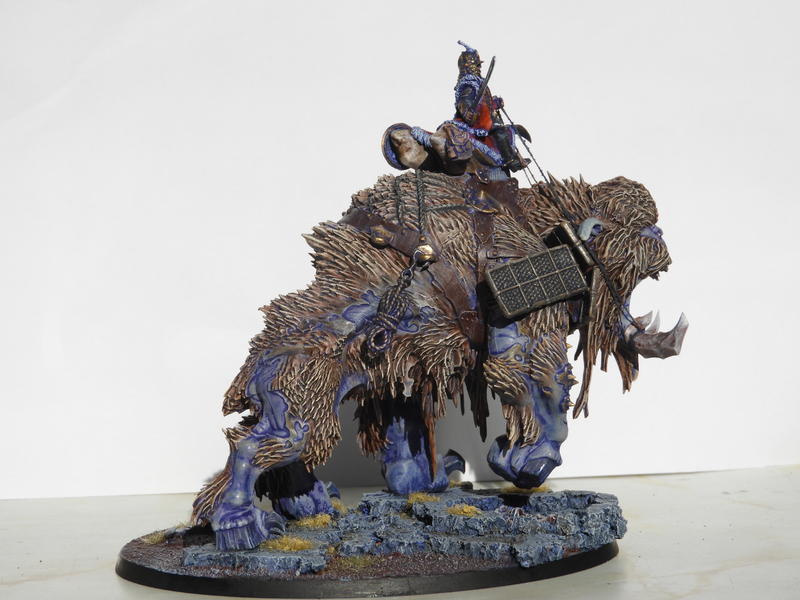 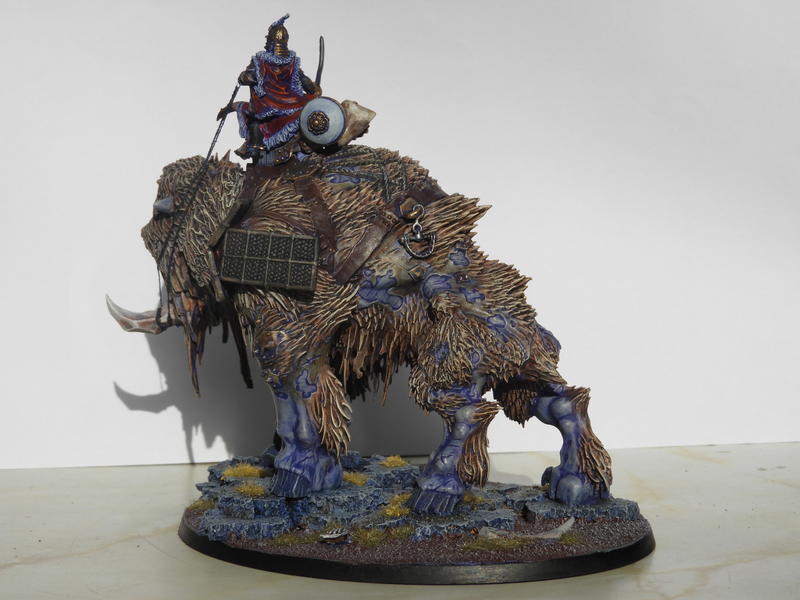