And Spiteclaws Swarm. Again with Ruststalker Blades, and Bits from Stromcasts. My first Project with Contrastpaints. All is contrast paints, except the white, the gold and the silver. 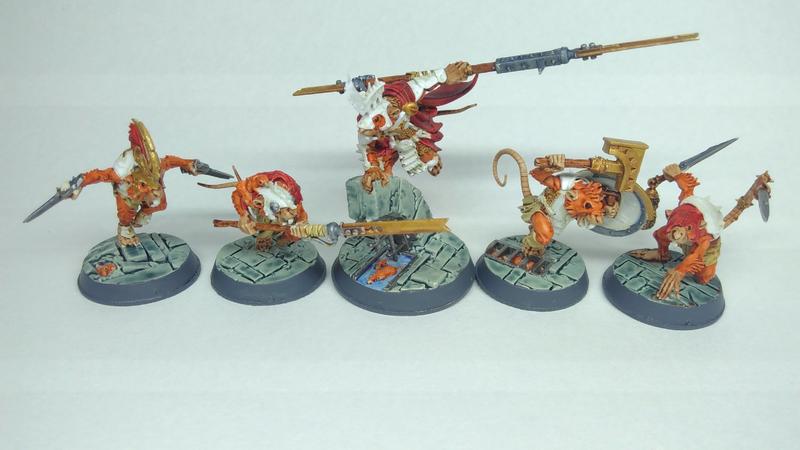