Regular opponent Tom came over for a game of Age of Sigmar. With the new Realmgate Wars book release, All-Gates, we decided to take a stab at one of the battleplan, Through the Breach. 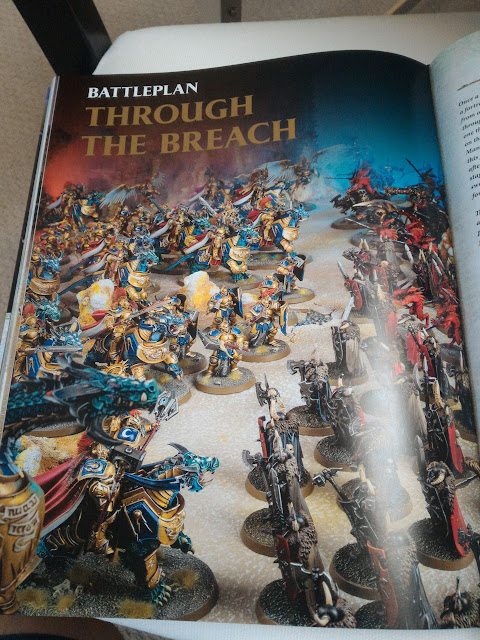 Tom had bought 2000 points of Dark Aelves (points from the new Handbook), and as I hadn't seen any leaks of the points myself we decided in true Age of Sigmar style to 'eye' roughly an equal force of Khorne. 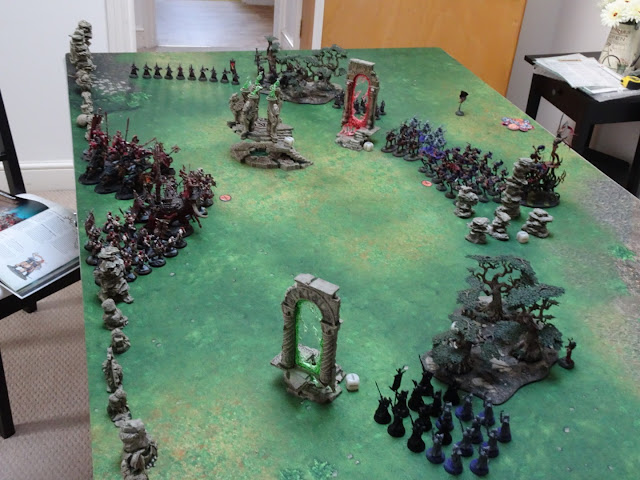 The objective is for the attacker (the army that breached the wall), must have at least 3 units in the defenders deployment zone by the end of turn 6. The defenders win a major Victory if they can prevent this.
The breaching side must set up within the small deployment area, any models that cannot can come on at the end of any subsequent movement phase.
The breachers all get +1 to their Bravery, to symbolise their increased moral after breaching the wall, however they all get -1" movement to show their efforts have been exhausting.
The defenders can re-roll all attack dice, to recreate the effect that they have become desperate to defend their home.

I'm not going to write a huge battle report, but summarise some major points and share some of the photos.

I was easily able to get the 3 units in to the defenders deployment zone by the end of Turn 4. In fact, I would have tabled Tom as he only had the Blood Cauldron left.

This is a fun scenario but really requires the defender to have a lot of units. You will struggle to defend if you have small elite squads.

I'm not going to write a huge battle report, but summarise some major points and share some of the photos.
I'm really enjoying playing with the Bloodreavers. Yes, they aren't very resilient but that are great fun! Large numbers, added with the Warshrine and the Bloodsecrator makes them very hard hitting and gives them at least some kind of save (6+ ignore damage from the Warshrine). I am painting up another 20 of them to use and will look at adding a squad of 5 Wrathmongers to give them yet another attack.
My Blood Warriors didn't survive a single combat phase, but did exactly what was required of them. I threw them into the very scary Witch Aelf squad on my turn and picked them first to attack. When they inevitably died they got to attack again. They also managed a to make a few saves, and deal mortal wounds back. If you include battleshock phase, they killed 23 Witch Aelves, that were buffed and had a 5+ ward save from the Blood Cauldron.
The great thing about Khorne is their ability to shut down the magic phase. There are plenty of units that can unbind and a few that even get bonuses to the unbind roll. Flesh Hounds get +1 and the Wrath of Khorne Bloodthirster gets a +2 to unbind roll. I was able to deny the Doomfire Warlocks on many occasions.
My Skullcrushers got bogged down by the Aelves easily, they really do need to be charging all the time to make use of the Mortal wounds. The Bloodcrushers were terrible, the 1 attack only from the Bloodletter on the top is a big let down, they barely did any damage. I can't see myself bringing them to tournament games.
Dark Aelf Executioners were very good, sixes to hit explode in to 2 Mortal Wounds, they easily made short work of the 20 Bloodreavers and 20 Bloodletters I threw at them. Tom ran them in a group of 20, which is probably the way to go, they have a 4+ save and only 1 wound, running a sorceress behind them to give them Mystical Shield is a good idea too.
I've played against the Witch Aelves before, and in large number they hit very hard with the Blood Cauldron nearby. In my last game against Tom they dealt a lot of damage to my Daemonettes, Keeper of Secrets and Soul Grinder before I could remove them. 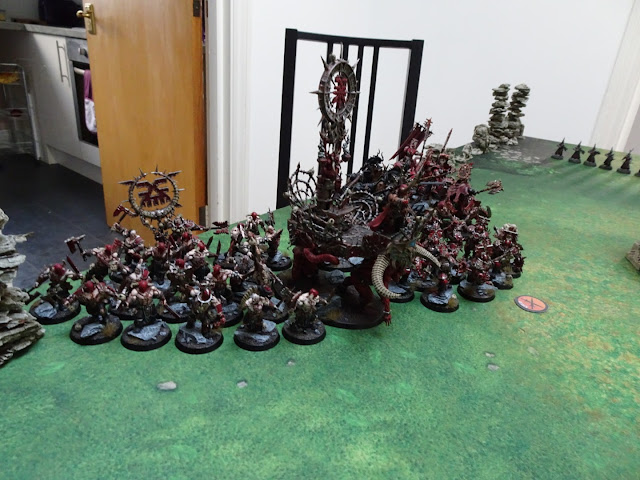 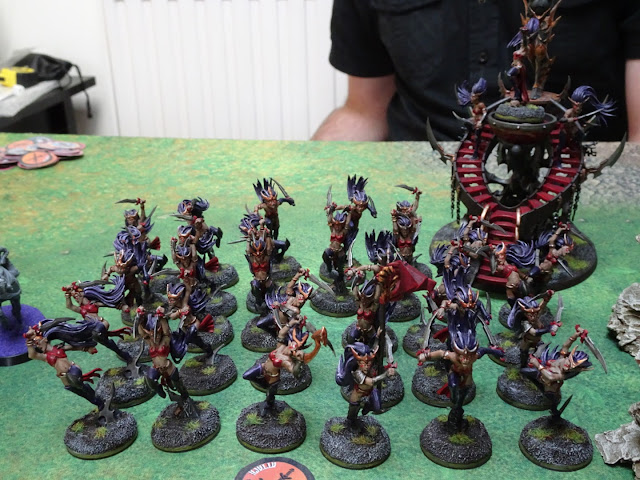 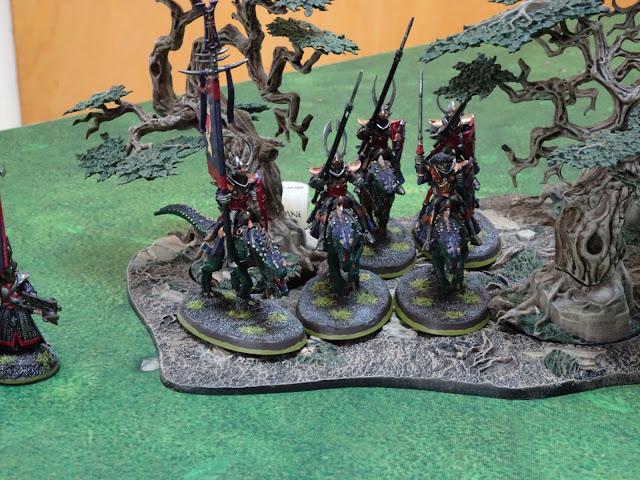 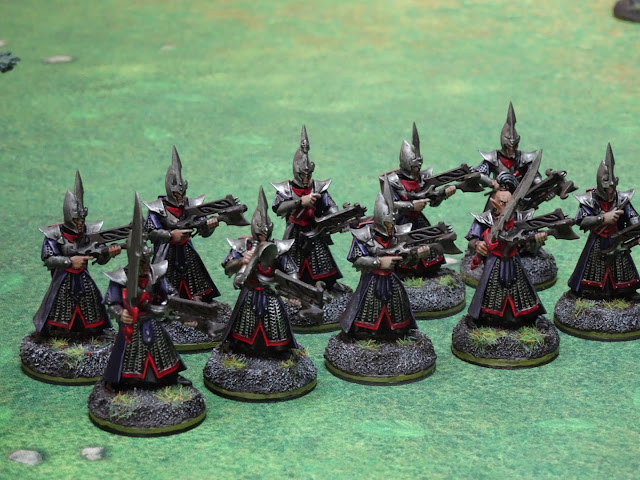 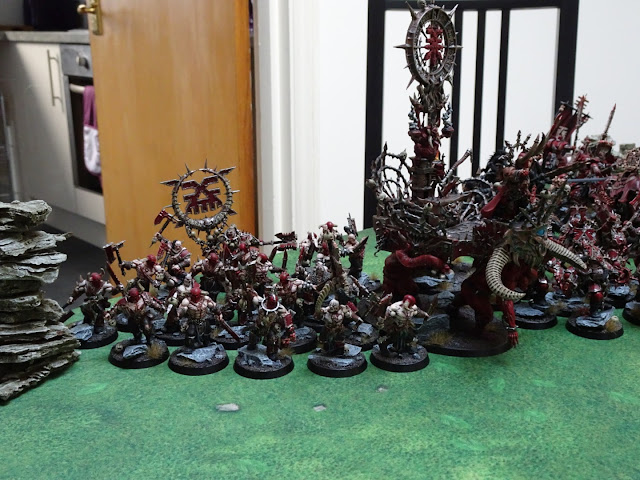 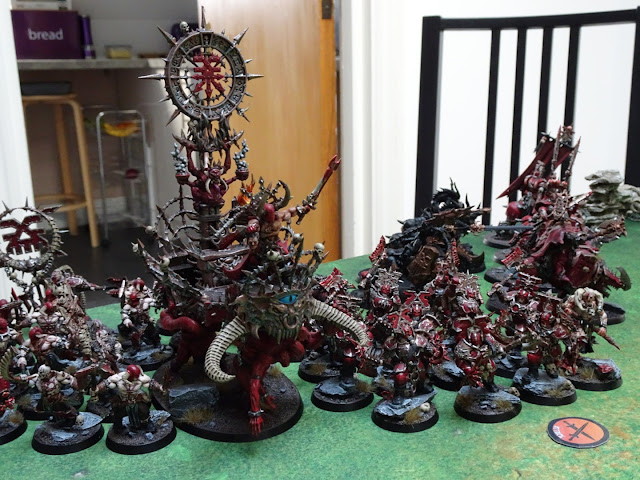 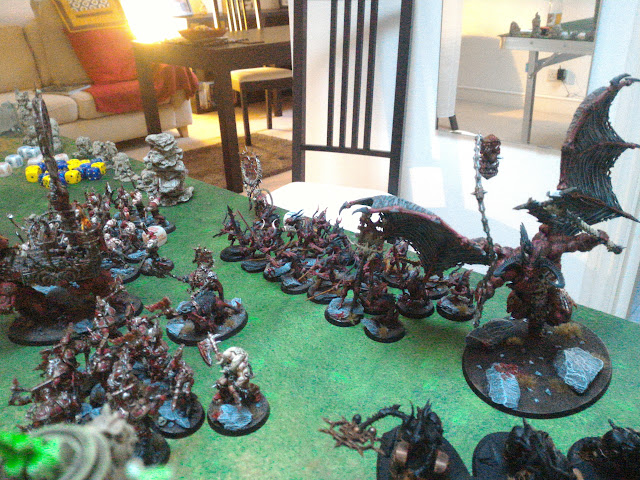 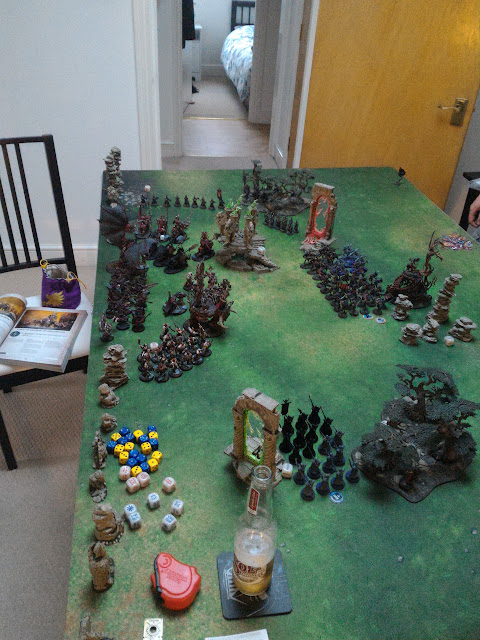 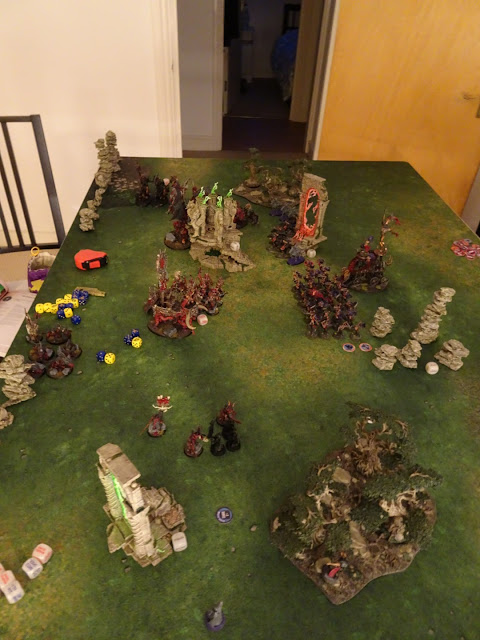 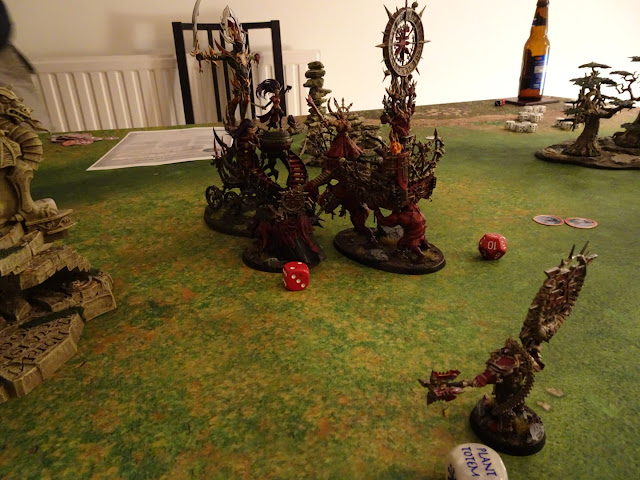 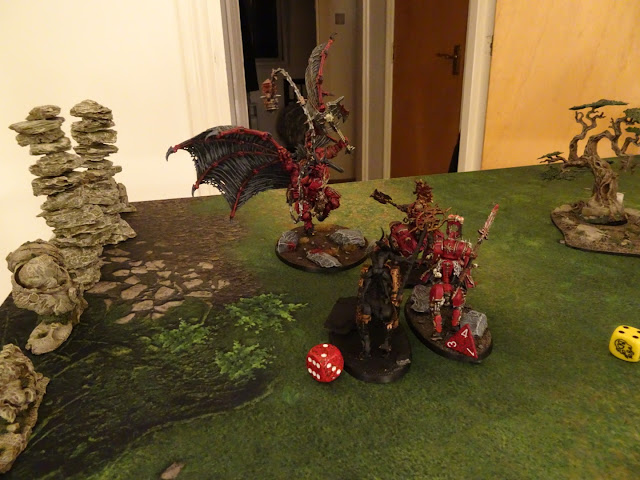 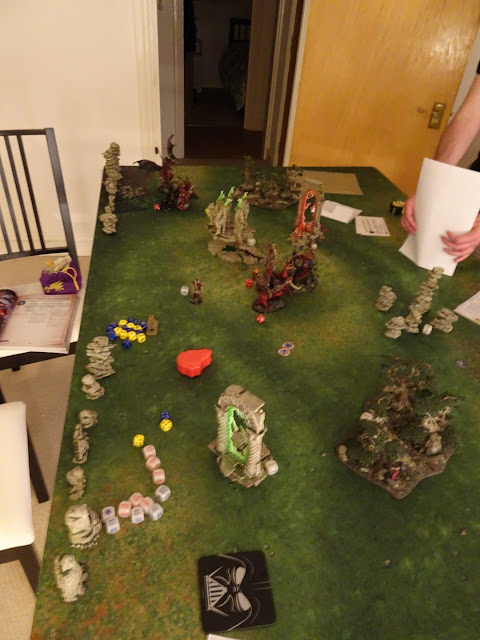