With Artillery and Phalanx looked at I felt it was time to see how the diminuative Pressure rifle wielding Weld Riflemen could perform with the interplay of various abilities within the battletome. Their initial statline whilst reasonable is in many cases risking being outclassed by the cheaper Freeguild Handgunners, however it is the strength of the army as a whole that boosts the Riflemen into the lead. 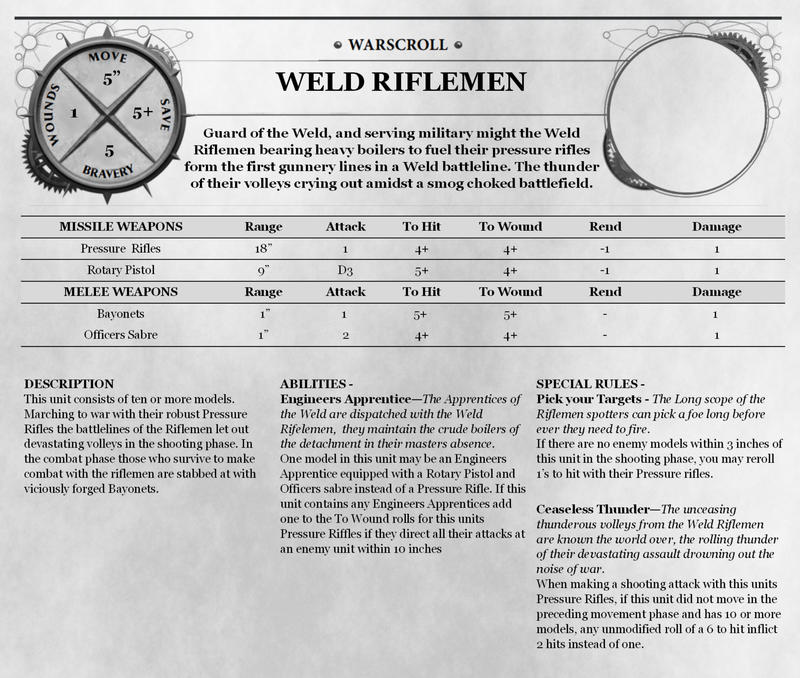 -Starting from their own warscroll each Rifleman (barring the apprentice) produced a single shot that hits on a 4+ and wounds on a 4+ (that'd 9 shots at 100 points, 19 at 200 and so forth)
- At 10 inches or under the strength of the pressure rifle is optimal, adding one to wound rolls making it a 3+ to wound
- If unharassed by an enemy unit the Pressure rifles may reroll 1's to hit.
- When entirely stationary and in sufficient numbers and 6's to hit produce 2 hits instead of one.

So optimally the unit should be immobile, targetting a unit within 10 inches and over 10 models in the Rifles unit (Hit on 4's rerolling 1's, 6's produce two hits, Wound on 3's) 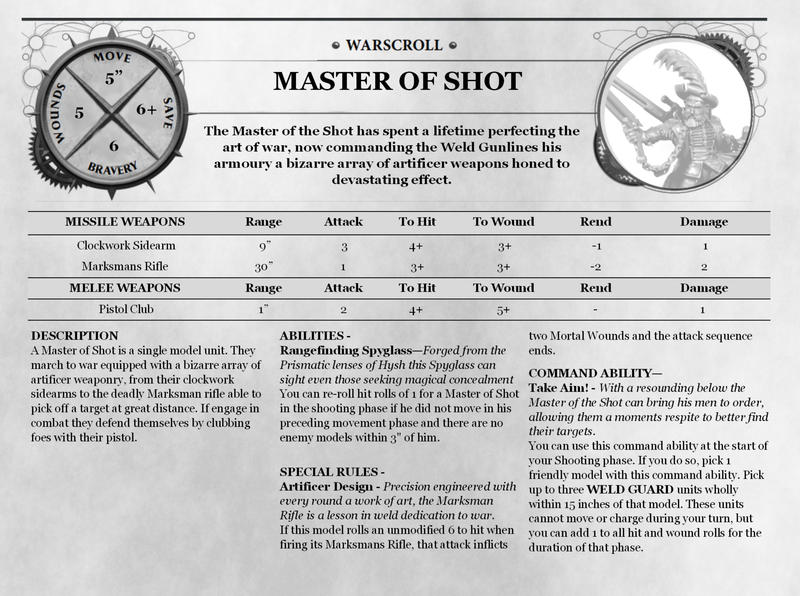 Adding in the Master of Shot, unlike the Gunmaster this model has no longer got the Engineer keyword, instead he focuses on boosting the attacks of nearby ranged Weld Guard units. In a more limited fashion than the Freeguild general his bonus only applies in the shooting phase, however with the ability to pick upto three Weld Rifles units his boost is nothing to sniff at.

Adding 1 to hit and wound rolls moves out optimal shooting scenario to:
Hitting on 3's (rerolling 1s), Hits of an unmodified 6 produce 2 hits, Wounding on 2's 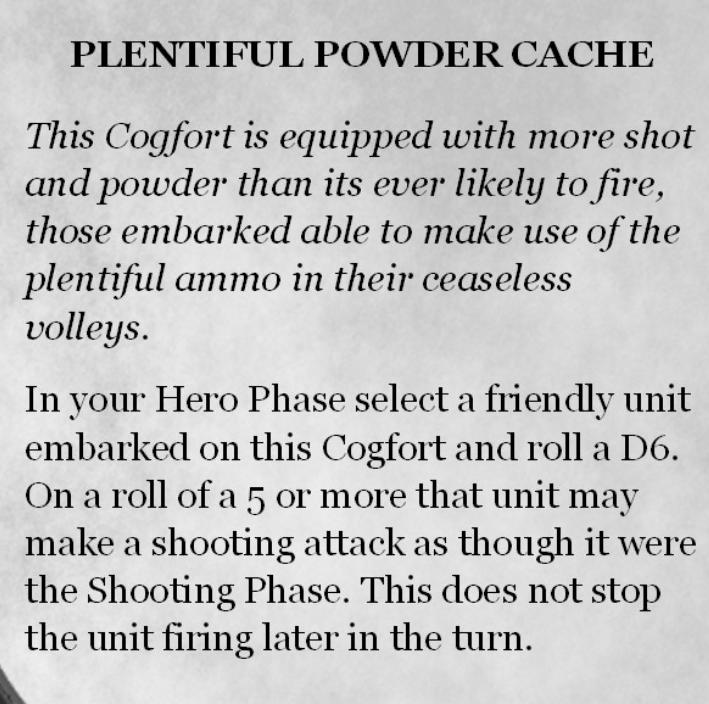 By tailoring our Cogfort before the game to benefit shooting units we can look at embarking the Weld Rifles onto the Cogfort, this way one unit per turn can potentially shoot in the Hero Phase aswell as the Shooting phase doubling their damage output for that turn.

And since no House values shooting more than Oran, having Oran Ironsworn nearby means if your rifles get locked down into combat they can both retreat and shoot within the same turn.