In my expansion of the Ironweld Arsenal it was important to me that everything seemed like a symbiotic melding of man and machine, each warscroll able to benefit from those around them and thus making no one more important than any others. In having modelled my Helblaster it gave me an opportunity to see how the new rules I had written could interplay to turn a good artillery piece into a great heart of an army.

So first we have the new warscroll, gone are the seperate crew that always got sniped out replaced with a combined warscroll and single base. Then to ensure viability long term on the battlefield we have the rule to replenish crew from nearby labourer units, utilising the Ironwelds training on artillery to sacrafice models in other units to keep the artillery piece firing longer 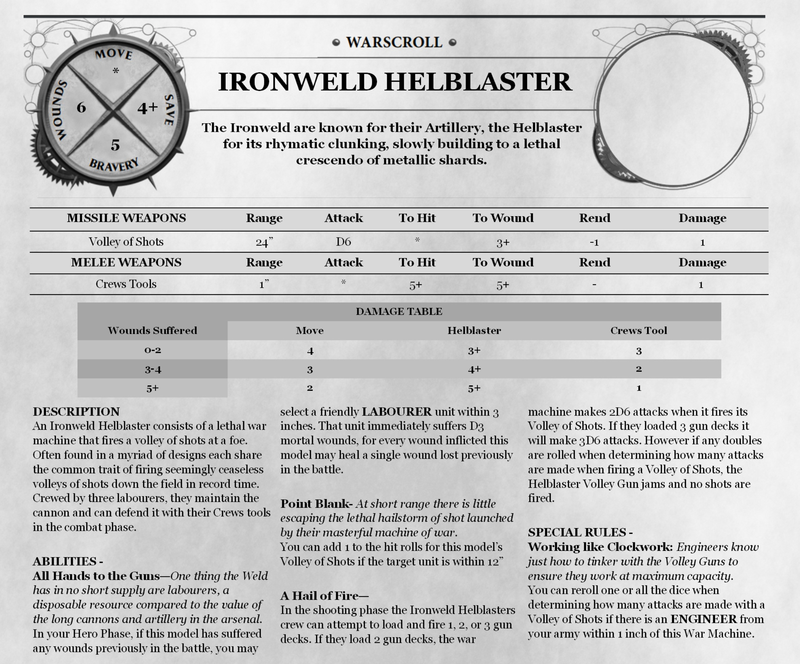 Next we have the Cogsmith, in a faction absent of priests or wizards it is the engineers of the Ironweld that provide most of the buffs to nearby units, in this case he has both the passive buff from his Engineer keyword allowing the Helblaster to reroll number of shots, but also his own rule allowing friendly Ironweld within range to always pass a save on a 6+. His Cogwork maintenance ability does not work on the artillery but is always useful to have nearby to repair Cogwork units. 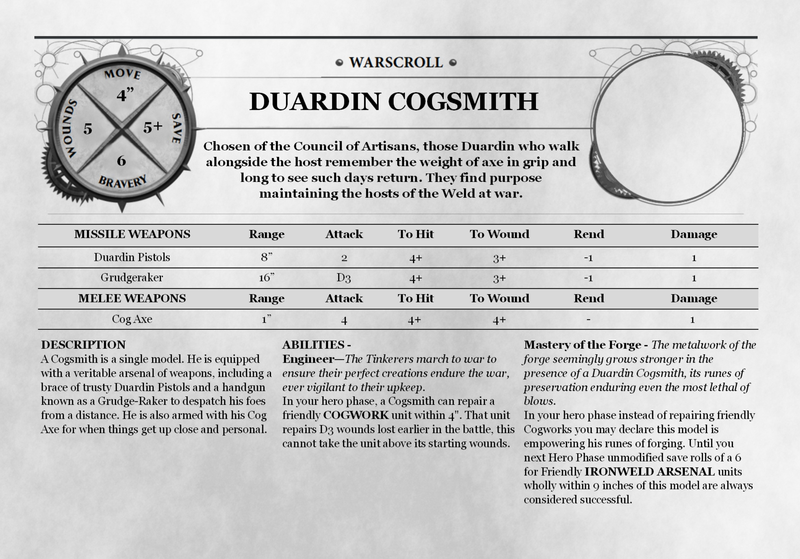 As our Cogsmith is a character, and an important one ensuring the backlines are constantly firing we can give him a Masterwork Design artefact, to properly boost the artillery and stop pesky foes from hiding behind cover equipping him with masterwork telescopic lenses to spy foes behind any cover he can really enhance the damage output

And finally, as artillery is the very heart of the Ironweld we have a Battalion that brings everything together, from the ENGINEER through to the labourers to provide a screen and wound pool for the artillery crews right down to the artillery themselves. 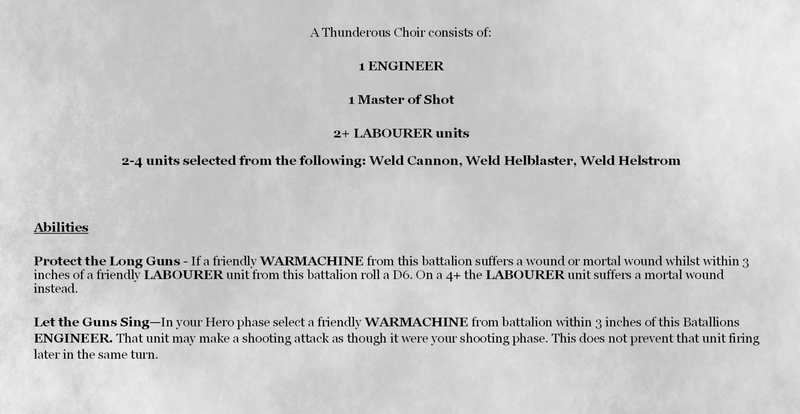