Frankly Ironweld would not be Ironweld without artillery pieces, it is the very heart of their faction and sadly of late their artllery has been left to rot due to the ability to shoot the crew out from behind the warmachine leaving players with simply useless cannons unable to be crewed on the battlefield. There was no need to tweak the lore behind these warmachines as each is a defined and well known part of the arsenal and thus my aim was merely to bring them more in line with modern War Machine scrolls and answer that age old question "Why dont other soldiers crew them when the crew die?"

Well now they do, every labourer in the Ironweld has basic experience of manning the guns, it is the very heart of their existance, they help to manufacturer, maintain and fire these devastating machines of war and understand that the cost of the artillery far outweighs the cost of a labourer. As such the artillery pieces can now "heal" using labourers from units nearby, who drop their current weaponry to frantically maintain the artillery when ordered to do so.

This is simply the first interplay with the LABOURER keyword added to the Weld Guard, they form the backbone of the force so that the Nobility can fullfill their own agendas. Having a good number of Labourers in your force not only lends weight of numbers and attacks but ensures that your heavy hitters are kept in the battle for longer. 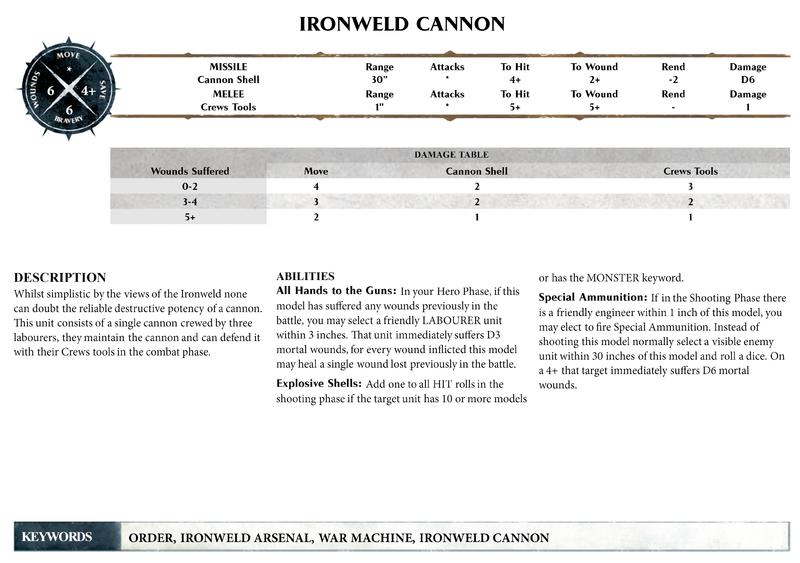 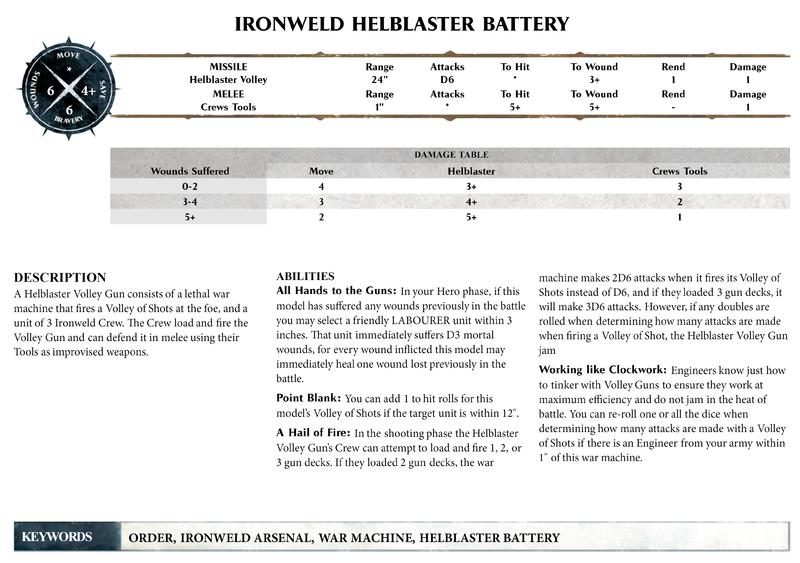 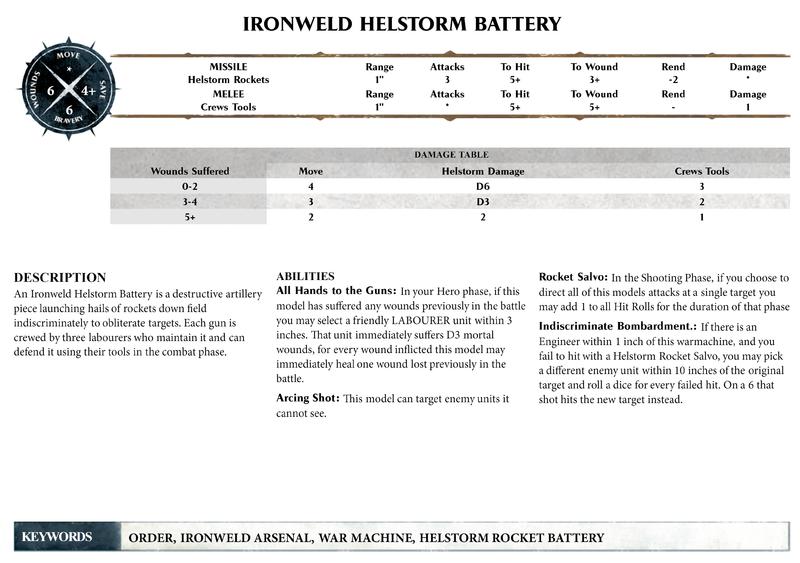