What good would an army of unique giants each carving out their own legend be if they had no personality, not unique tales to tell.

So when fielding an army of Titans using the battletome I felt it was important every unit be treated like a character, with a name befitting the legend they would be known for, as these are Giants however the names would be incomprehensible for mortal kind whose small ears could not hope to comprehend a Gargant name, and their tiny mouths incapable of producing the noises needed to prounounce it anyway,

So the Gargant name generator allows you to produce the names that mortal men know each Gargant by, defined by their Origins and Specialities to produce personalised names. 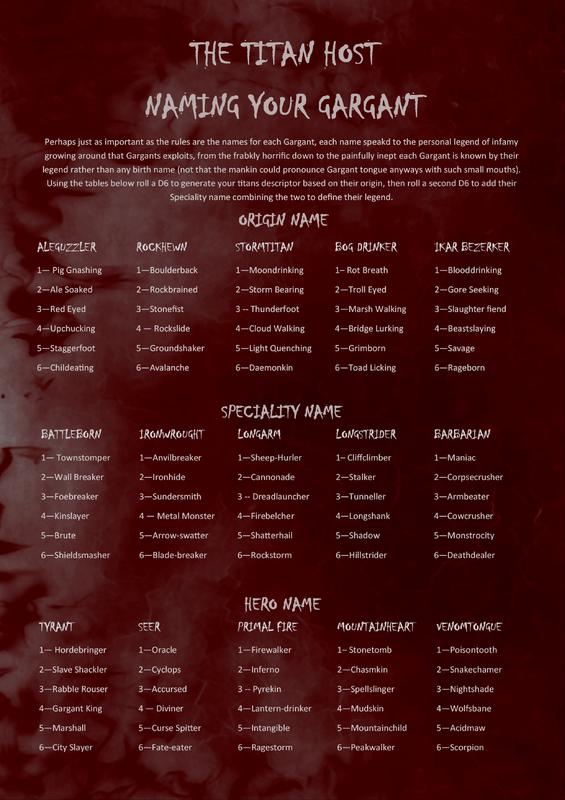