So, I started making a wanderer army when you could still play War Dancers and eagles as allies. I really don't like painting the same model too many times, but I also wanted to get 30 glade guards done. Because of that I settled on a grey and purple scheme using almost only shades, and I think it came out ok. I managed to get down to 5 hours in total pr 10 models. It's definitely the fastest I've painted so far, but I'm also not 100% hooked on the scheme.  The army is in a strange spot for me, as I like to challenge myself and try new things with painting, but don't want to take the time it takes to make the masses of infantry which Wanderers currently consist of.
I still adore all the Wanderer models, and would love to paint Sisters of the Watch and Wild Riders, along with some Slyvaneth allies. But as for the army playwise, I really don't like the current rules, especially for those two particular units. I even don't think point decreases would do it for me in regards to the Wanderers. I don't want a mass infantery army of 4+ to hit elves with no rend, or pillow wielding Wild riders for 100 pts. I hope they get revamped at some point as I still believe deer cavalry is my favorite type in the game so far.

Ps- the tiny spirit dragon, is a an old toy model i tried putting some paint on, and adding an old metal Wood Elf Lord. It was just a "for fun" project and has yet to see any play. 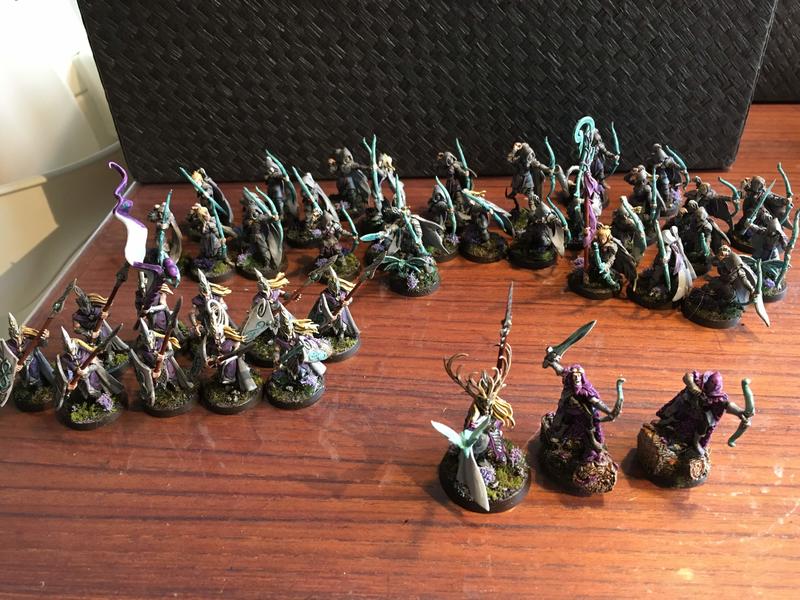 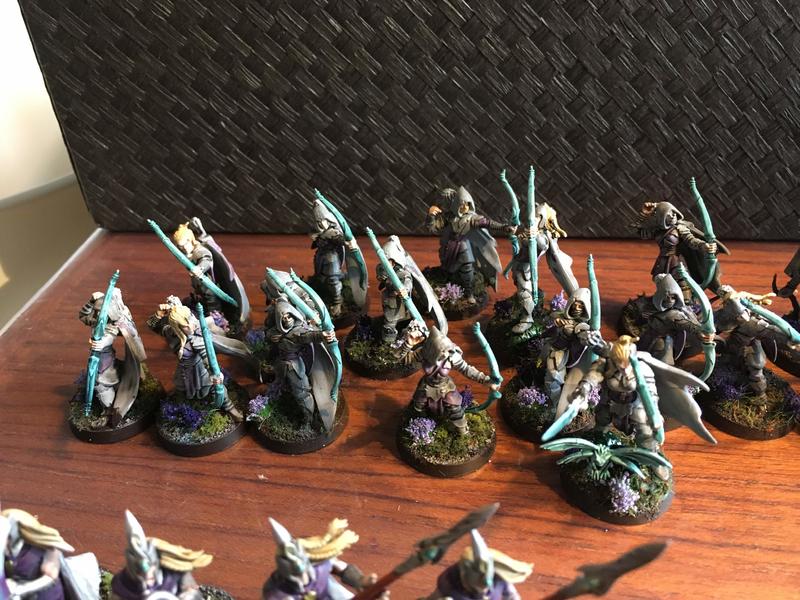 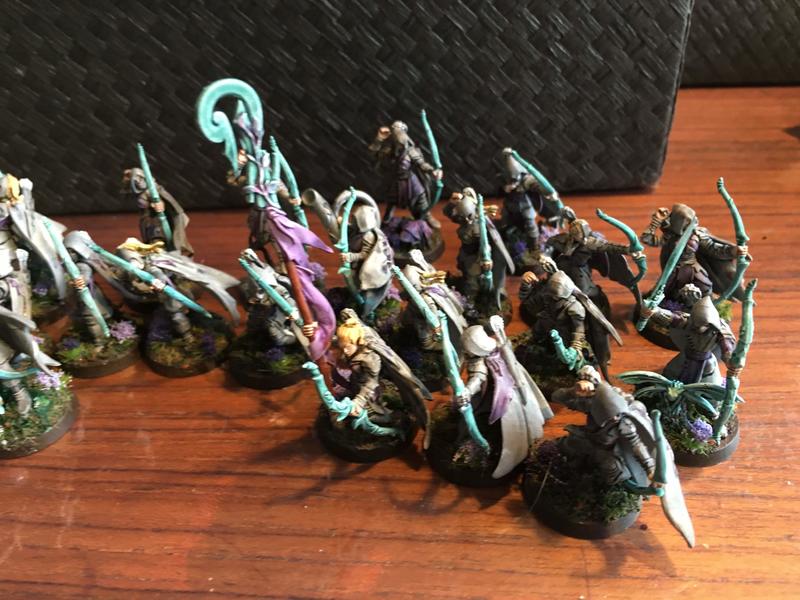 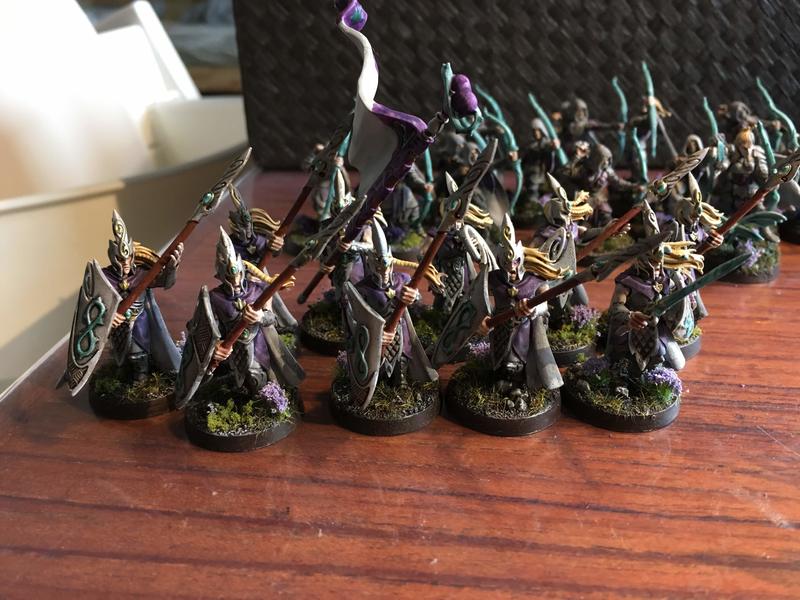 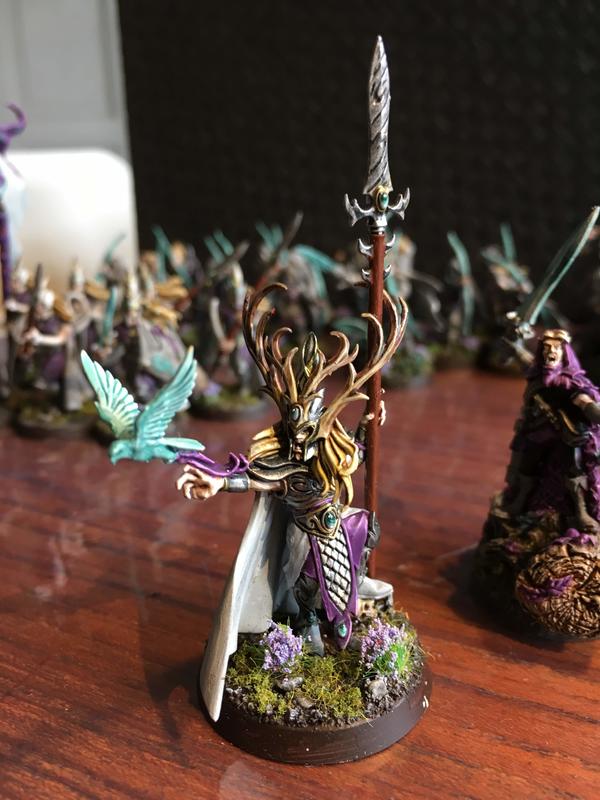 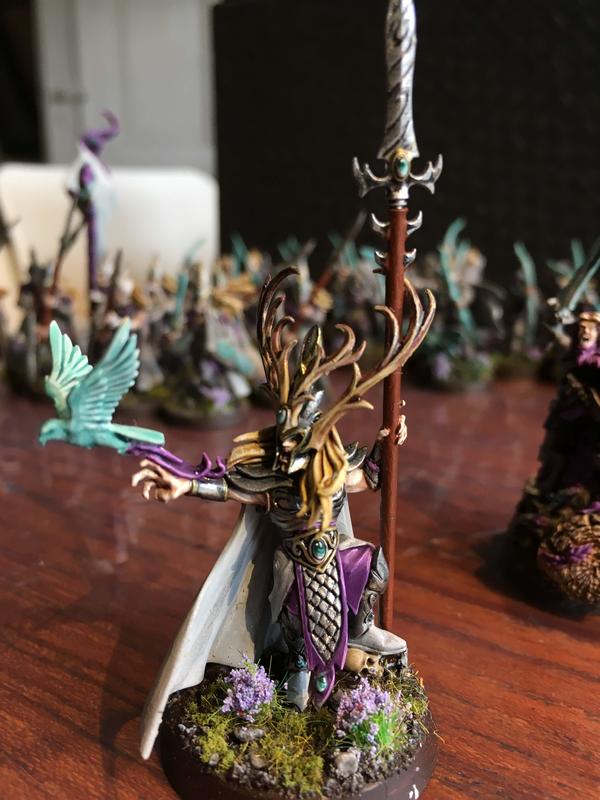 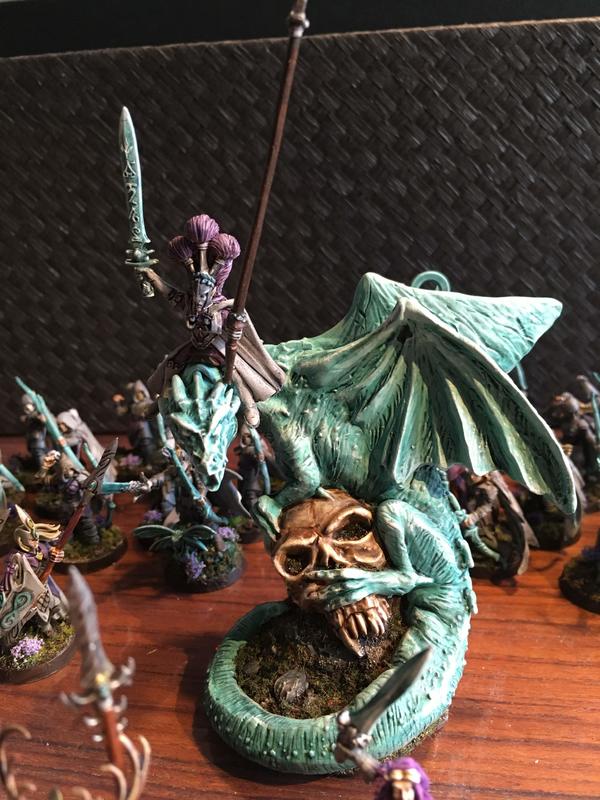 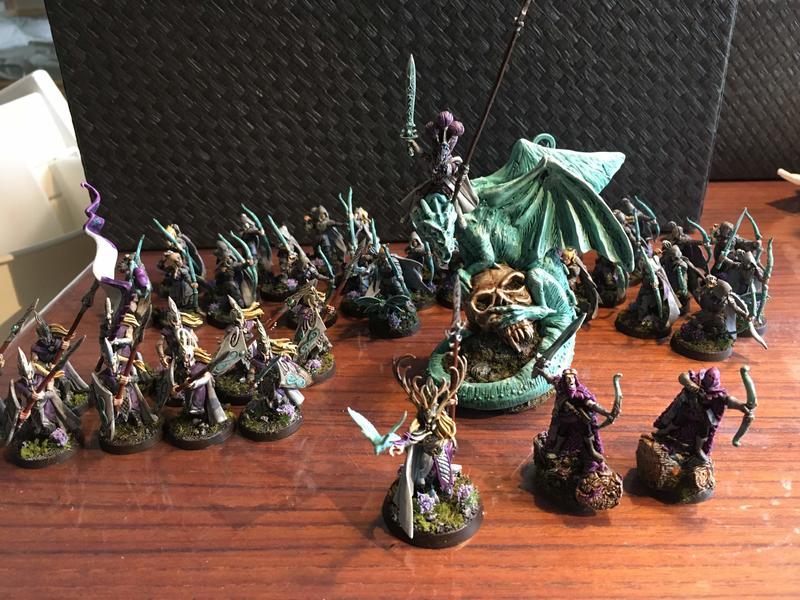