Inspired by my yellow Stormcast hero from Silver Tower I started collecting a mixed order army, as I couldn't settle on a single army, but was attracted to a range of the different order units. Coming from MTG, I like synergies, comboes and list building a lot. Aesthetically I really like the Sisters of the Thorn, and playwise I thought their spell worked great with a phoenix. And so that became the start of the army.  I prefer the fire phoenix aesthetically to the frost, but with the new points in GHB2018 I don't think it'll see much play in my armies for the time being.
I really enjoy converting from time to time. The forest paladins came out great, but while I still like how I painted the flame phoenix (those feathers took forever), and the glaive is my first attempt at nmm effects, the cloak on the rider looks awkward when looking at it from the side.
The banner on the Sisters is my first real dabble with free hand, and I think it came out ok. It's something I hope to try again, as I have a better idea of how to approach it now.

The army isn't finished, but I have moved on to other projects. After looking at the models again, I've realised I still like the idea of the army and might return to the scheme eventually! 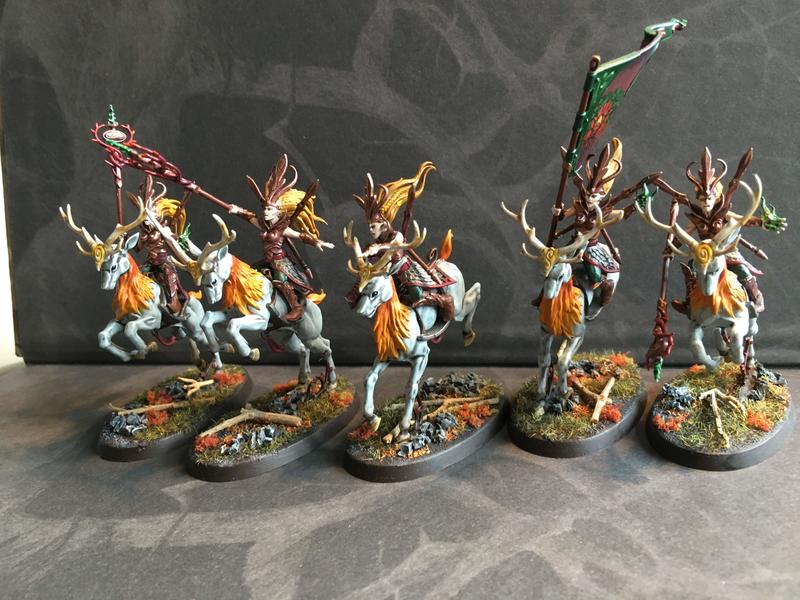 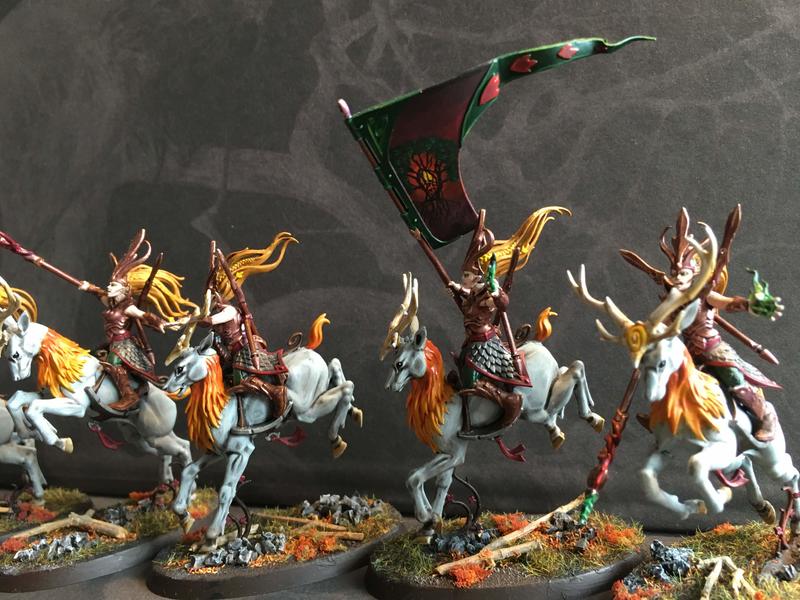 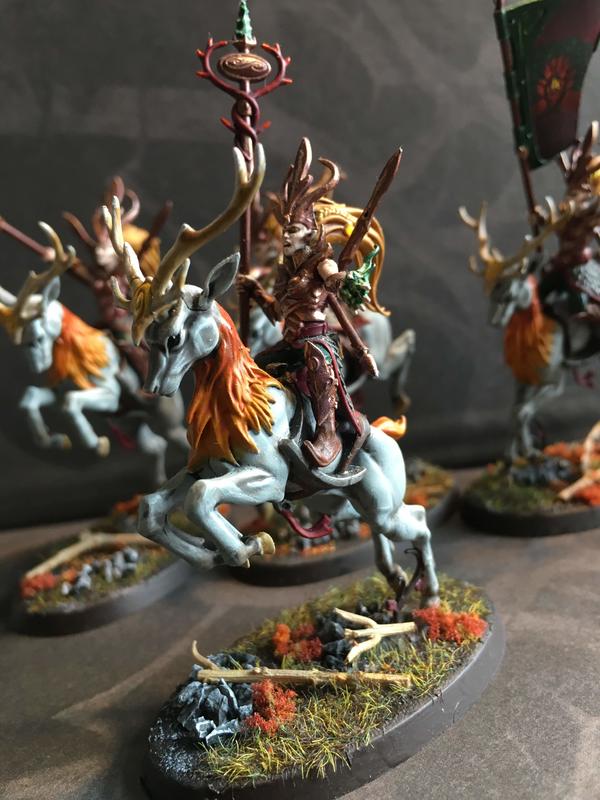 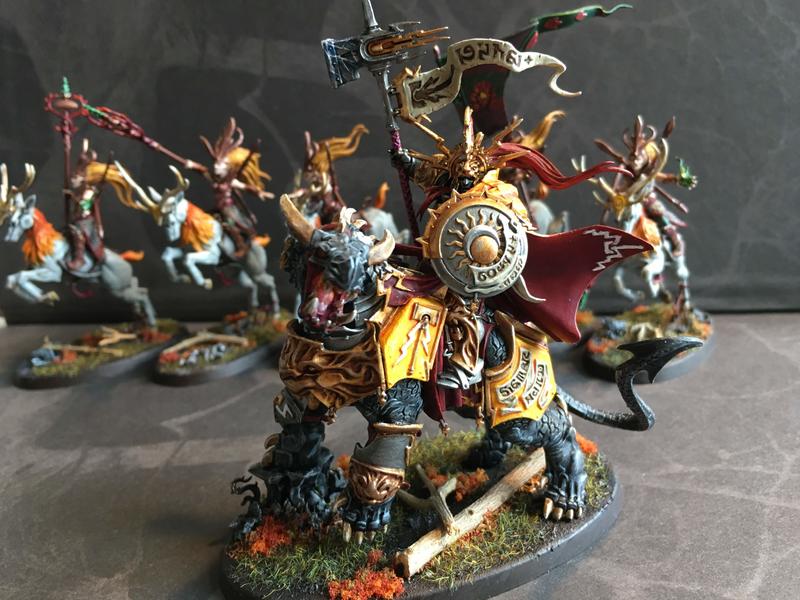 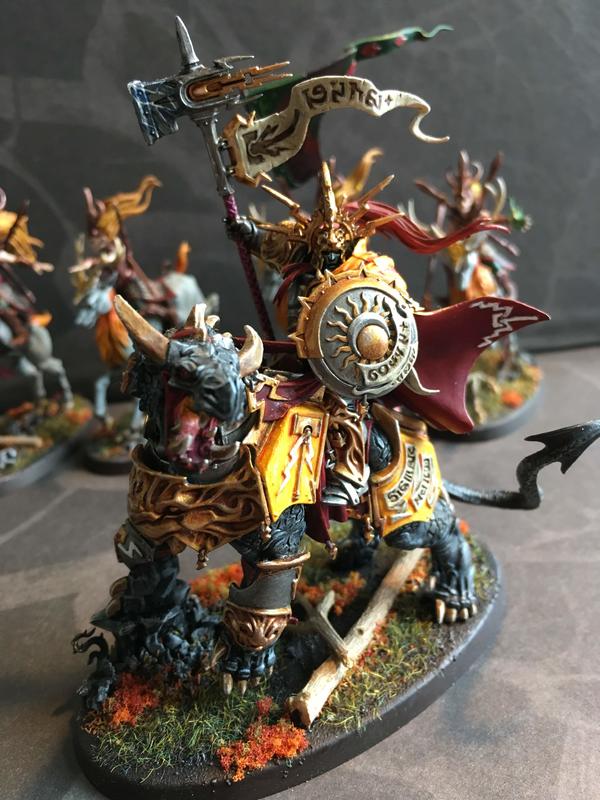 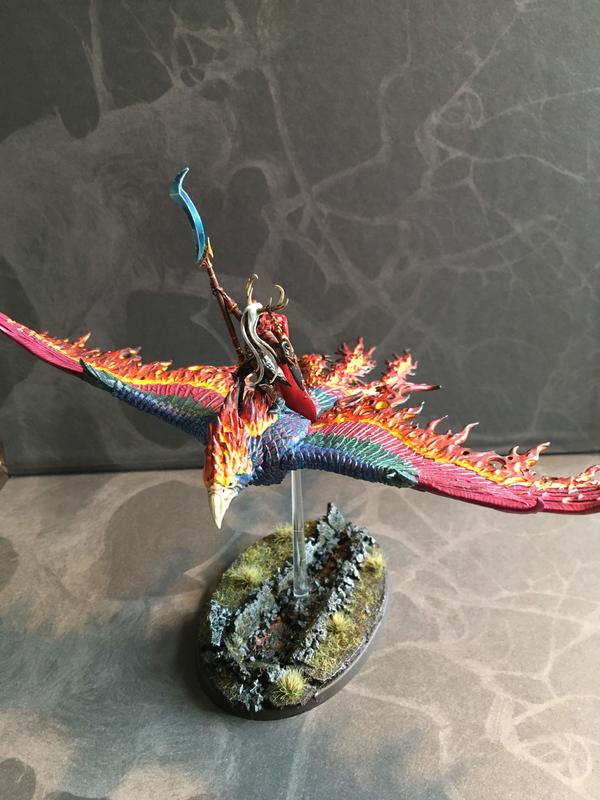 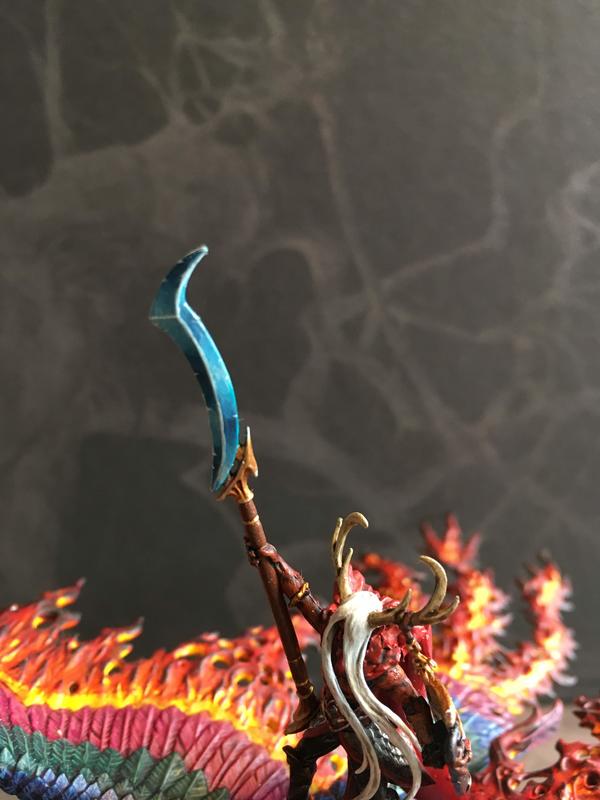 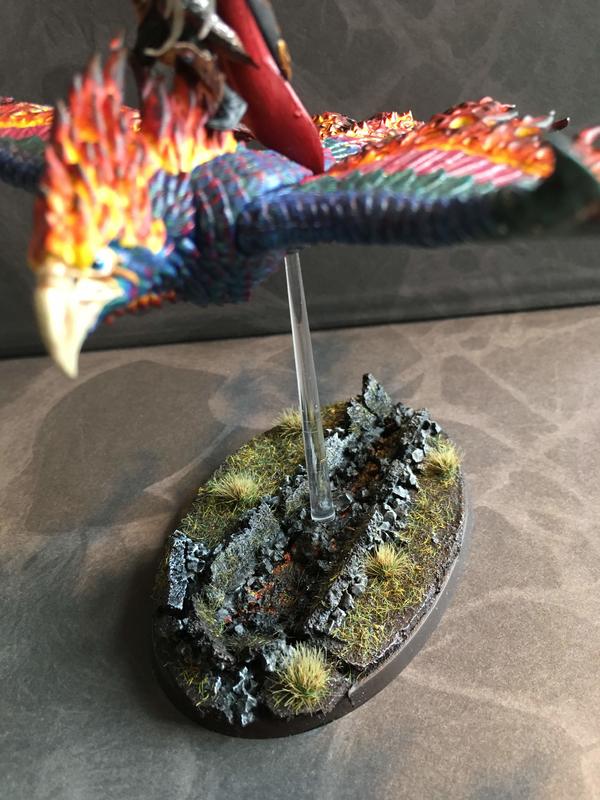 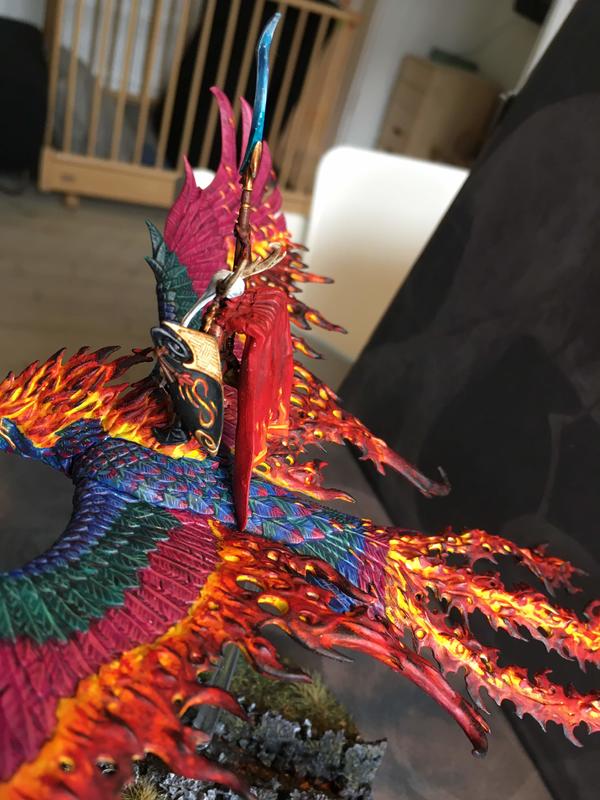 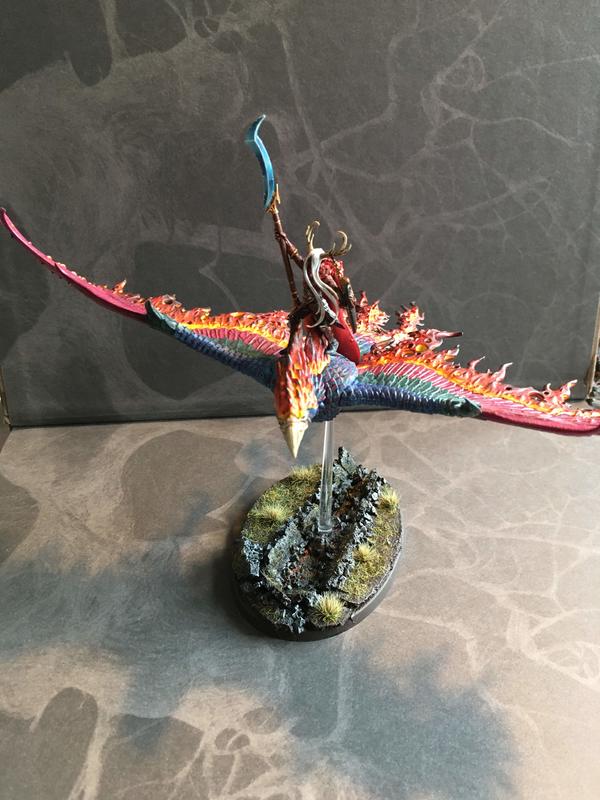 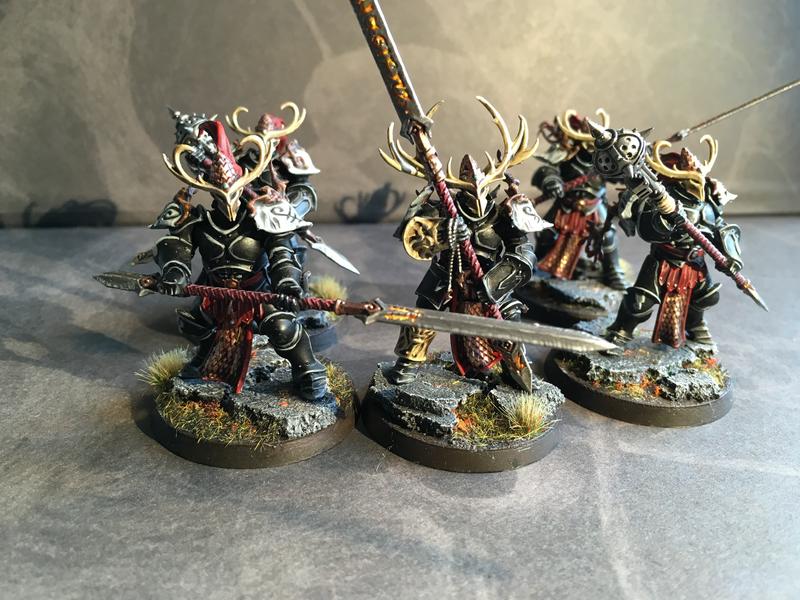 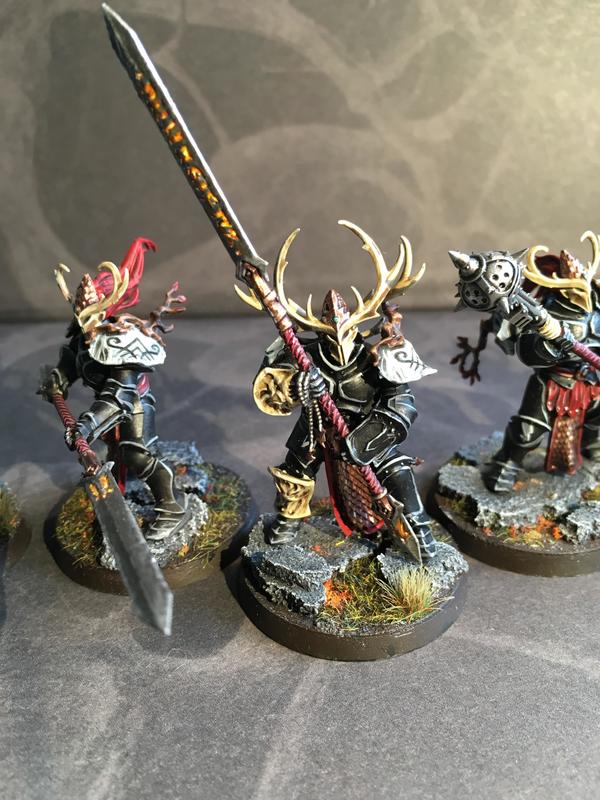 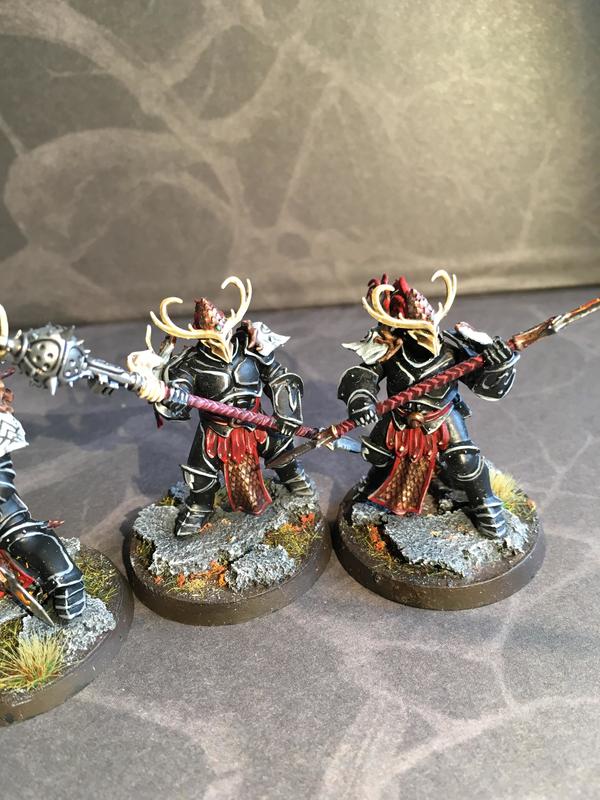 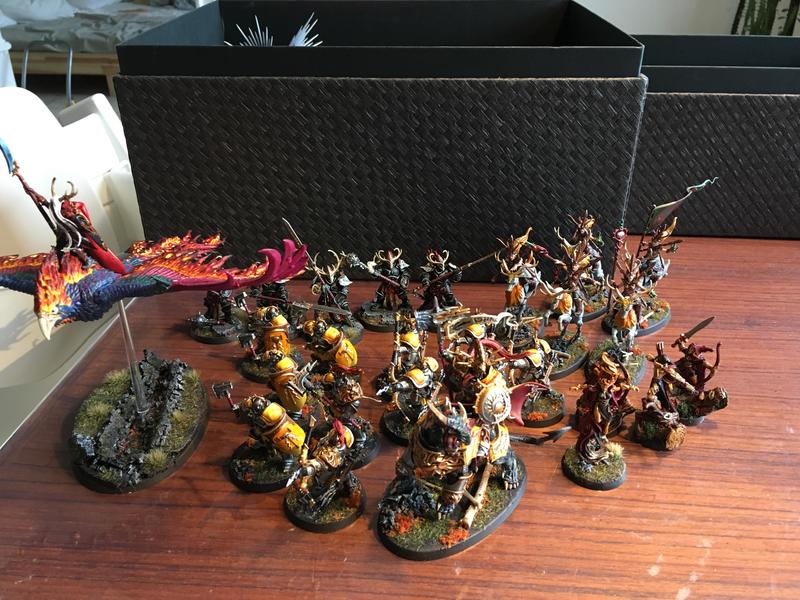 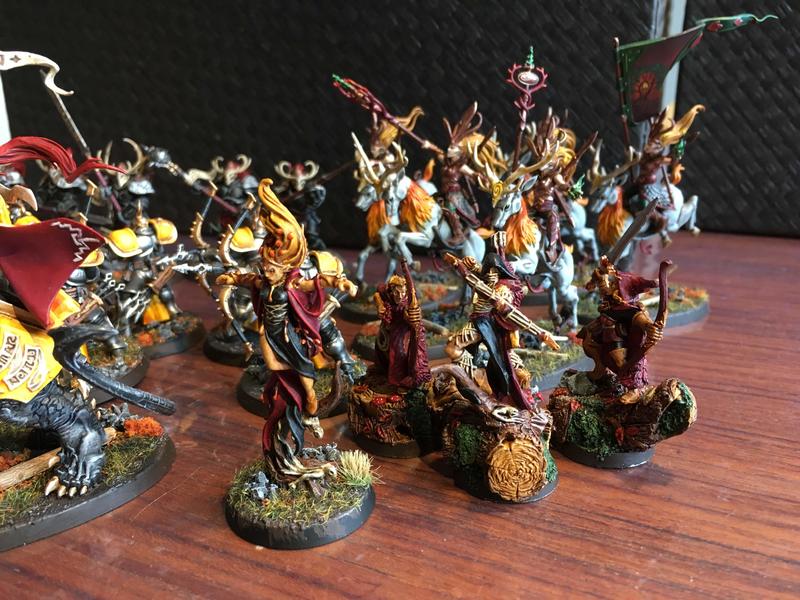 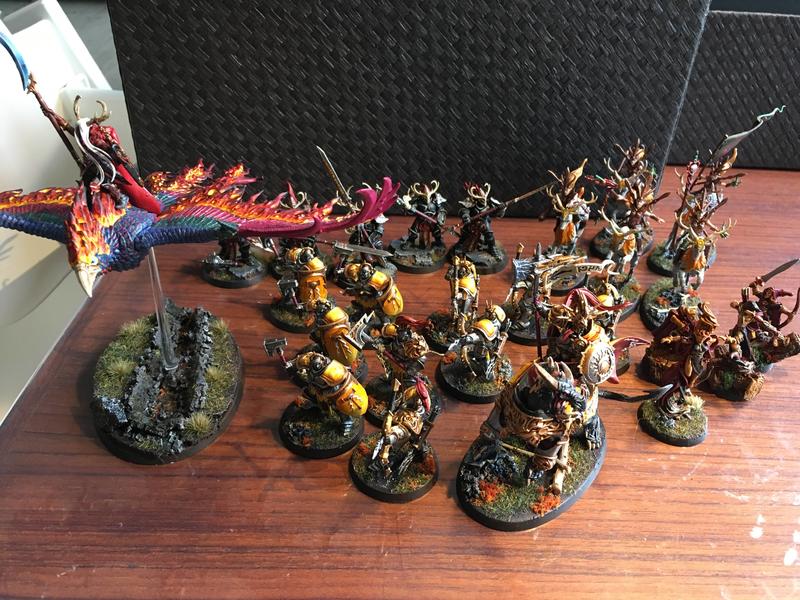 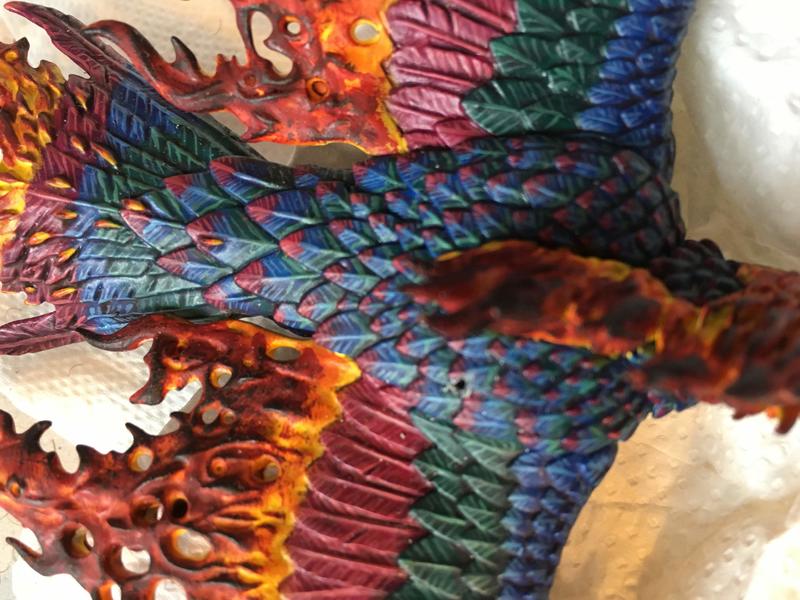