A little work done on revising the Suneater batallions, I feel I could do with two more in order to fully fill out the quota within the tome as 2 of the current ones are mixed destruction Batallions with a central theme of Suneaters. 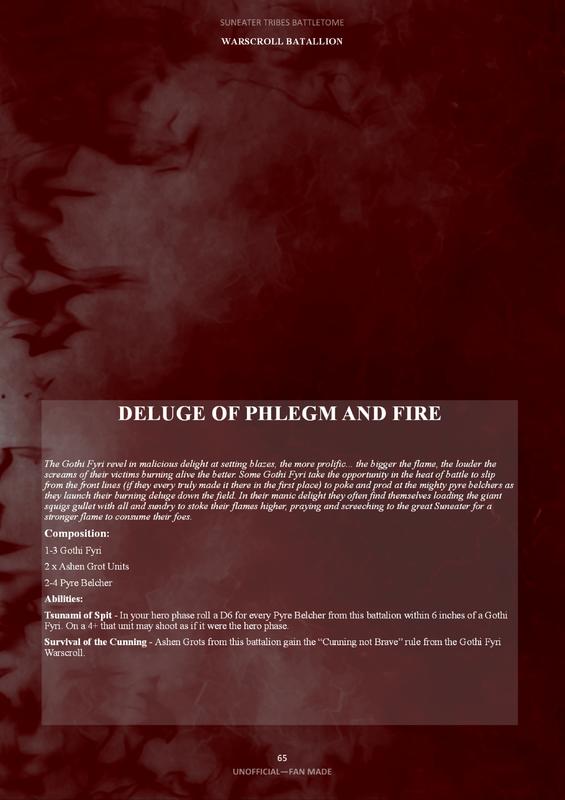 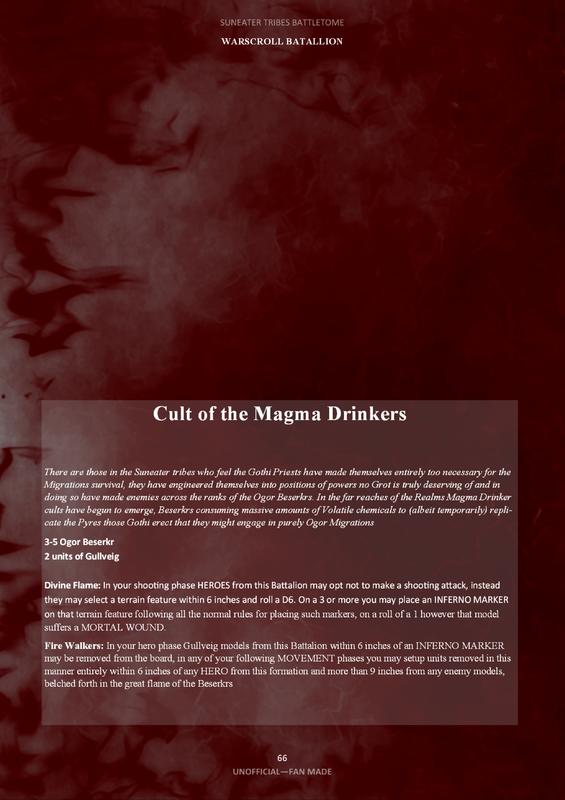 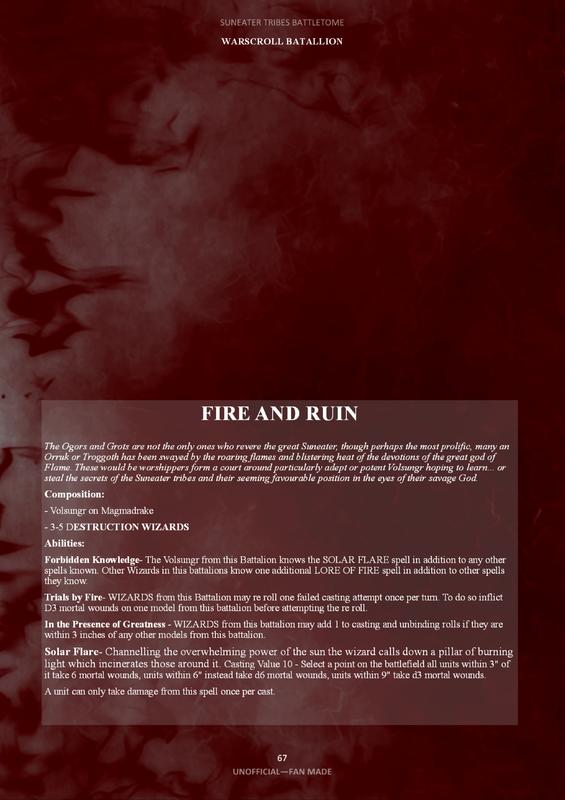 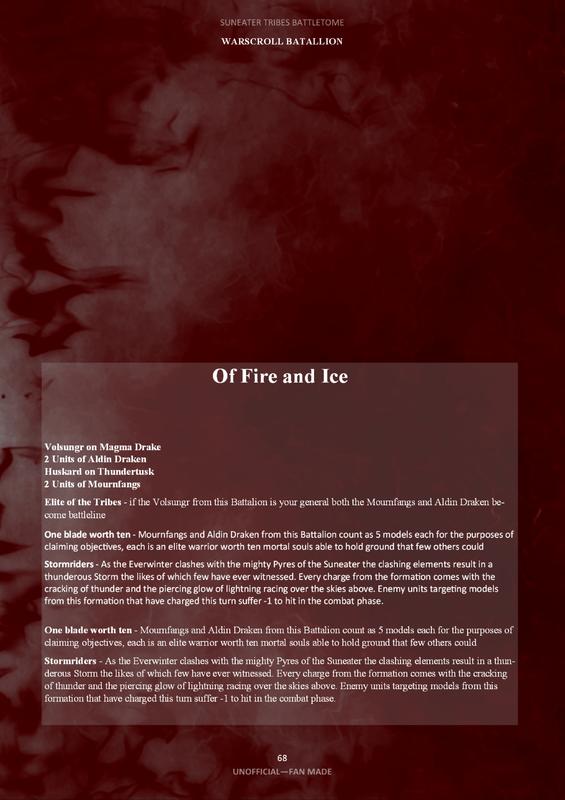 Currently thinking of the following thematic compositions for one of the last two but in terms of rules to fill them out I'm open to suggestions:

TRUE SONS OF THE SUNEATER
There are Ogors, especially amongst the older members of the tribes that grow to resent the power the Gothi have garnered through their manipulations of the Suneaters blessings, these embittered beings go to excessive lengths to prove their devotion to a god that would sooner heed the word of a Gothi priest than the prayer of true Ogor Kin. In battle they are visceral, savage beyond compare as they swear to carve their name into the very legends of their kind or die before kneeling to the grots of the migrations.