"They come like thunder and fire, like savage beasts driven mad by ravenous hunger... they are the volcano and the quaking earth... these savage beasts, our enemy, our quarry" Huntmaster of the Shatterflock Nomads

The aftershocks of Nagashes malignant Necroquake still reverberate throughout the realms, tremours of nefarious magicks that shape and distort otherwise harmless beings into nightmarish monstrocities, but worse still after the effects it has wrought on the Maelstrom at worlds edge. These primal and shifting magical energies know no master, the insult of the wave of death that encroaching on their riotous storms only serve to stoke their ire, and in turn what had for so long been safe harbour for the Aeloran Nomads hidden beyond the edges of the map has begun to decay into arcane madness. The Wyld that they had for generations sought to mitigate though the soul blends seems to have risen once more, cancerous within the very skin of the realm as flora and fauna alike are overriden by the vicious carnivourous change of its ancient and knowable power. Once content to conceal their presence from the denizens of the Realm the nomads once more find themselves forced from save haven, ejected from their hiding place entirely exposed to a world that has changed much in their absense.

Isolated, alone and oblivious to the developments of the realms in this new age each of the Aeloran Nobles strike out with their hunters, leading a great hunt across the realms in every direction that they might find new harbour, allies or benefactors to weather the storm that robbed them of their own. And yet no matter how far they travel from the primal storm of worlds edge they cannot escape the Wyld that has taken root within every member of their populace, driven ever onwards knowing that if they ever stop for too long the very jungle of savagery they have fled will begin to sprout around them.

It is a young noble of the Shatterflock that now finds himself in the path of an oncoming Suneater Migration, a wall of fire at his back and this new foe bearing down on his people the hunt has once more been joined, let arrows fly and battle commence.

Wordy bit
Tomorrow sees the first playtest of the newly written Aeloran Nomads rules that form the heart of their battletome and a chance to experiment with their unique allegiance abilities including the vicious Wyldshard Brambles that sprout from ever barren dirt when seeded with the blood of Aeloran Nobility:

An army with the AELORAN NOMAD allegiance gain the following abilities.

The Savage Heart – To survive the Wyld is to understands ones place within the food chain, the Hunter must consume the prey, and the prey must be consumed. Roll a dice for every enemy model that flees due to battleshock whilst their unit is within 3 inches of an AELORAN unit, for every roll of a 4 or more the AELORAN unit regains a wound, if there are no wounded models in that unit you may instead restore a number of models to the unit lost earlier in the battle with a number of wounds upto the wounds restored.

Wyldform – The eldest of the Aeloran populace have begun their final descent into the Wyldform, every drop of their blood carrying the changing taint from world edge with them into battle. Should a precious drop of this blood hit the ground it bears the spores of the predatory plants of Ghur, erupting forth to reclaim the lands. At the end of any turn in which an AELORAN NOBLE is wounded but not slain, roll a D6 for every AELORAN NOBLE that was wounded adding the number of wounds lost. You may add one base of WYLDSHARD BRAMBLES within 3 inches of that model for every roll of a 5 or more. In addition is an AELORAN NOBLE model is slain, immediately replace the model with a base of WYLDSHARD BRAMBLES. 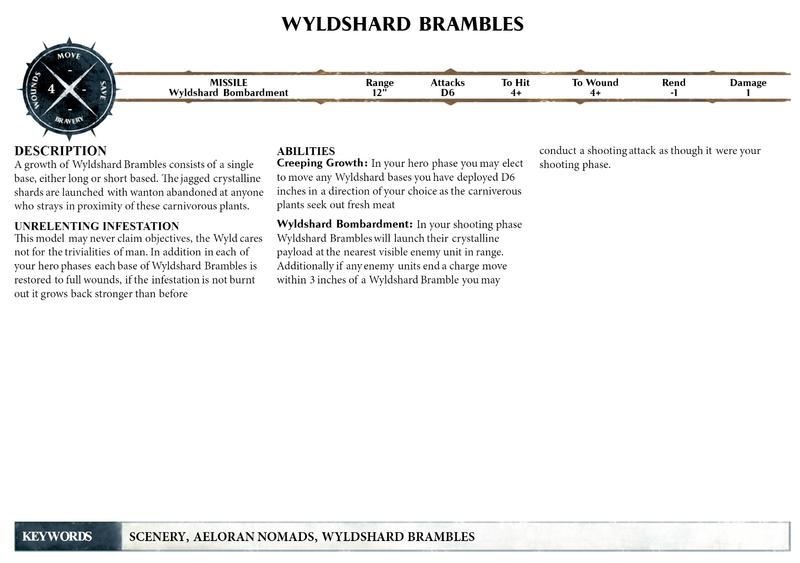 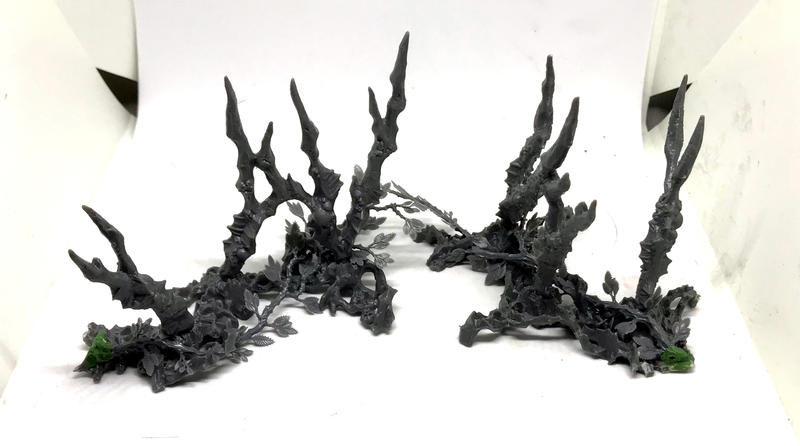 Its also a great chance to try out some of the newly fledged aspects that function as the command traits in the Aeloran society, each of the nobles bear a specific trait from their blends with their beasts of affinity, over time managing to manifest those traits they find most benefitial in an arcane evolution of their species:

In addition to their command abilities, if they are a Hero, the general of a AELORAN NOMAD army can have a command trait from the list below. Pick the trait that best suits your generals’ personality. Alternatively, you can roll a dice to randomly determine a trait. If, for whatever reason, you must select a new general during the battle, immediately generate a trait for them.

Finally my partner gets to show off some of her in progress models on the battlefield (nice looking WHW table booked) including the Wyldshaper on Griffon, Reavers and the new Wyldrunner Chariot featured below: 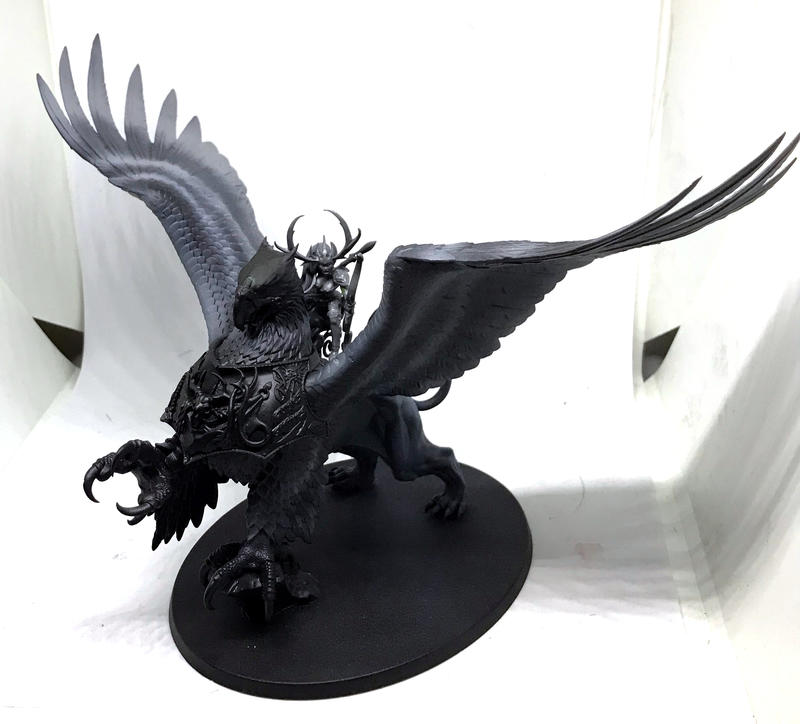 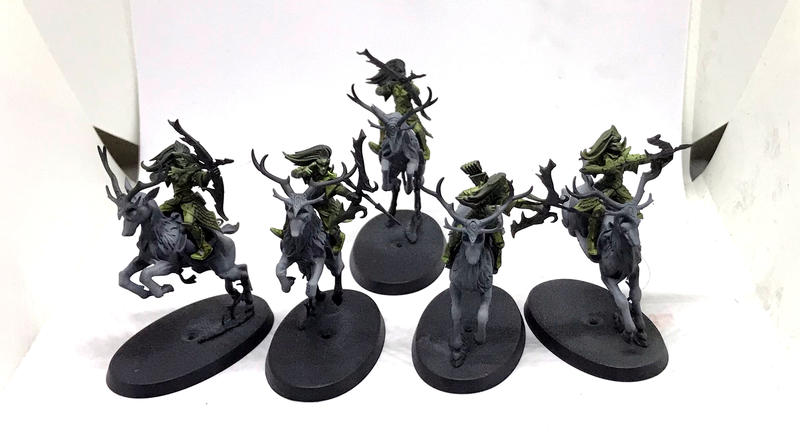 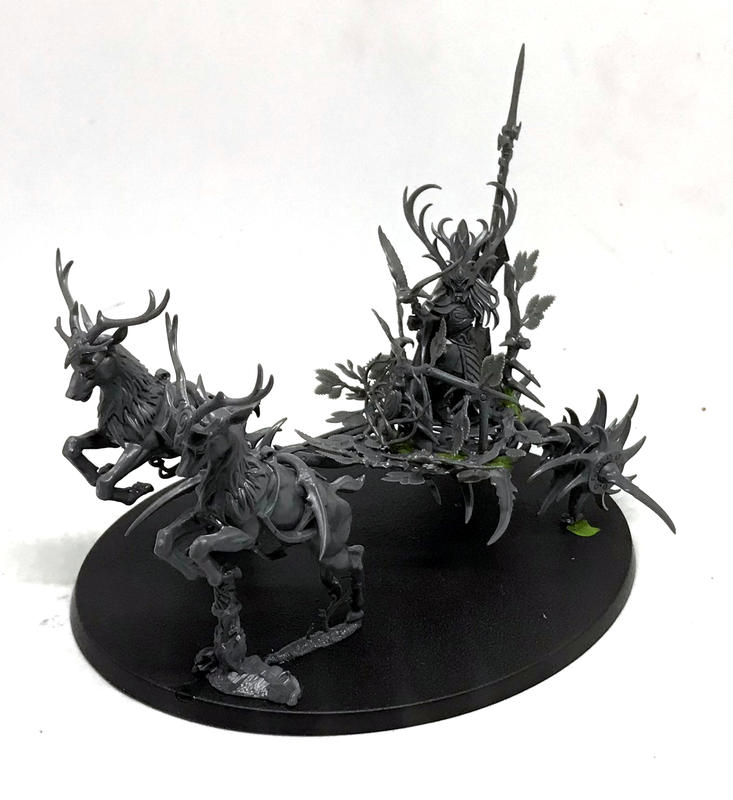 And for the clash here are the planned 2000 point army lists: