One of the key weakenesses in the destruction faction to date has been a lack of real ranged fire power which can cause the faction to struggle against tough ranged armies or those factions able to out maneuver them. Whilst the gitmob faction has a number of unique artillery options they are buried within a small and as of yet un-updated faction that lacks real allegiance benefits, and the Bonesplittas whilst able to fire enough arrows to blot out the sun themselves lack other methods of putting fire down the field.

Why do Suneaters Have Artillery?

The Suneaters take every walled city, every monument to a pathetic order god and every Order settlement eroding away their domains as a personal insult. In the time before time it was the rule of strength that dictated status within the realm, but as Sigmars pathetic council of gods has curled a mailed fist around the throat of every beast they have come across, choking the very life out of the realms as they seek to erect cities of stone and felled wood to bring civilization to that which ought be left wild. The Sunaters are driven by the desire to put flame to every stone hewn insult of a city that defaces their realms, that they might in time light the very fuse to bring down Azyr itself and restore the nature order of destruction to the Realms.
The Suneaters are masters of flame and the exotic fyrepowders of Aqshy, long have they travelled through the realms of fire and beast perfecting the art of destruction and there are few walls in all the Realms that can withstand the full might of a Suneater bombardment.

The Burnin Bomb Catapult - This ramshackle siege machine is forced through dirt and undergrowth by a crew of ashen grots, filling its cup with a volatile mixtures of squig "extracts" and aqshy fire powders to launch down the field. The improvised nature of the explosives means it is far less than reliable and can just as easily splatter harmlessly against the walls of a city as shatter through them, but it is the maniacle determination of the crew that sets the machine apart loading the cup time and time again in ever increasing volumes of explosive until they get to rejoice in the thunderous roar of the Suneater as their payload finds its mark. 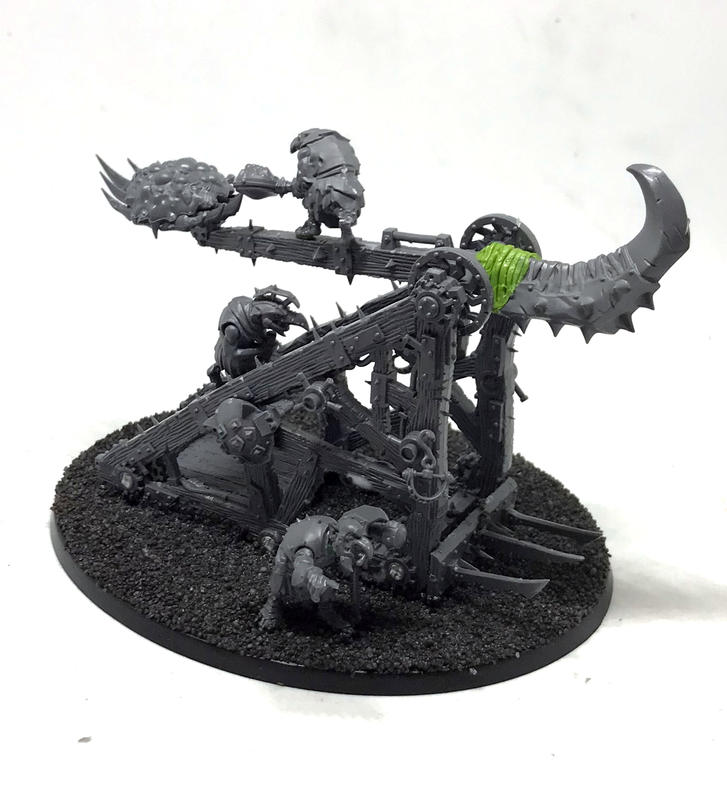 These catapults come in cheap at a mere 80 points, designed to be purchased in units of upto three what they lack in potency they make up for in numbers, a number of these catapults in the backfield accompanied by a Gothi can lay down serious bombardment to deter enemy units from approaching vital objectives and cover the approach of your melee units. 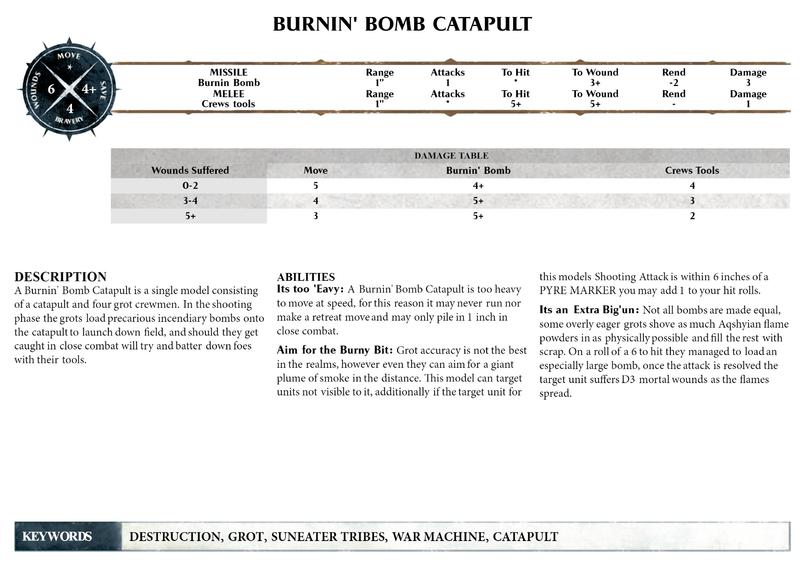 The Pyre Belchers - This great beast from Aqshy is a bloated and tormented creature gorged on the industrial runoff from the cities of man. Its form has swollen and mishapen with the volatility of the chemicals it has been fed but in return it has developed the ability to spit forth huge gouts of flame in the course of a battle. It is forced forward into battle by its Grot handlers, poked and prodded and gorged on lesser squigs that it might launch its payload further forward setting flame to all in its path. 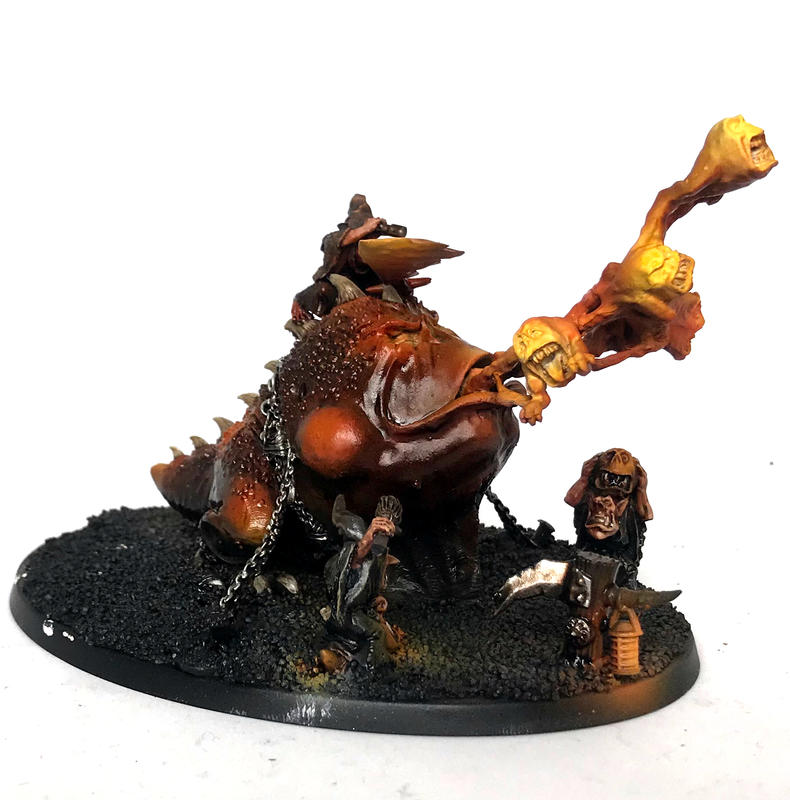 This unit produces variable levels of fire each turn, whilst this can limit how much you depend on it it also makes the unit an unknown variable to your foes. The fear of its large volume of fire and relatively high damage output coupled with the ability to improve accuracy through immobility makes this a fantastic addition to the arsenal of the Suneaters. 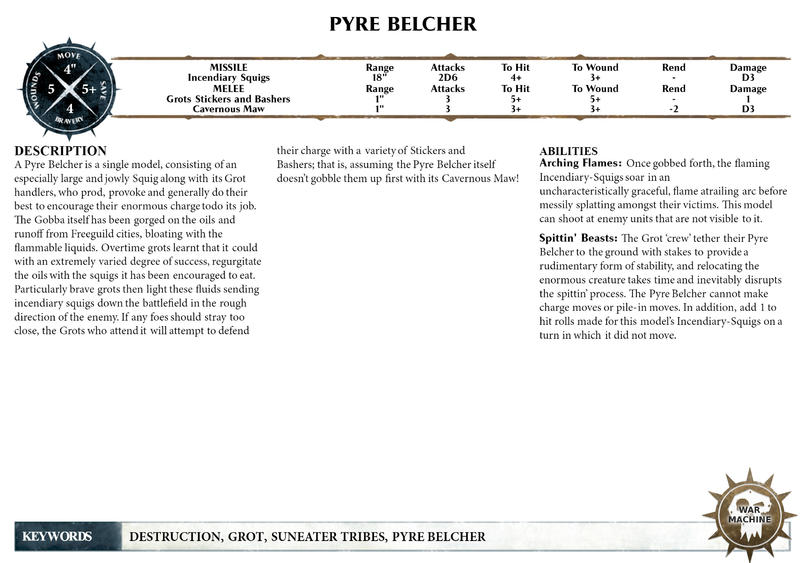