Last Tuesday I played my first two games using the AoS (skirmish) rules, and it got me inspired to work on my Warband. The plan is to spend some extra time building and painting them, and than using them as characters or unit leaders in the army I'm rebuilding.

So I started piecing the first two guys together over the past two days, using bits I had laying around in my bitzbox. They still need some filling and minor greenstuff work, but I like how they are coming together. 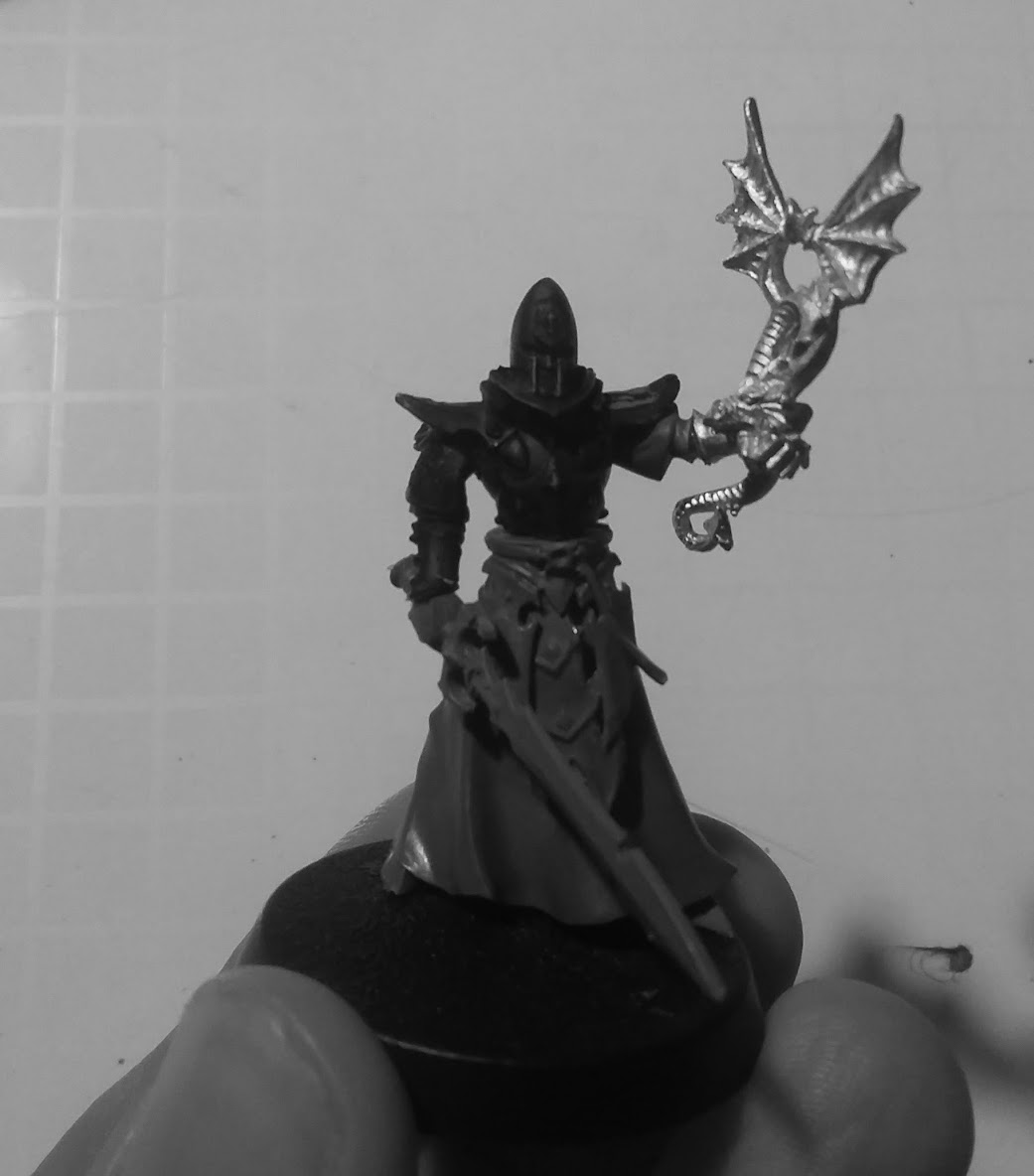 My first idea was to build a dreadlord on foot, but he has a bit of 'mage' like feel to him, so tomorrow I'll probably take of his head, and replace it with a hood like the model below. Rules wise I'm thinking of using him as a Loremaster. It seems like a well rounded leader for a warband, and I might aswell start embracing the new alliances 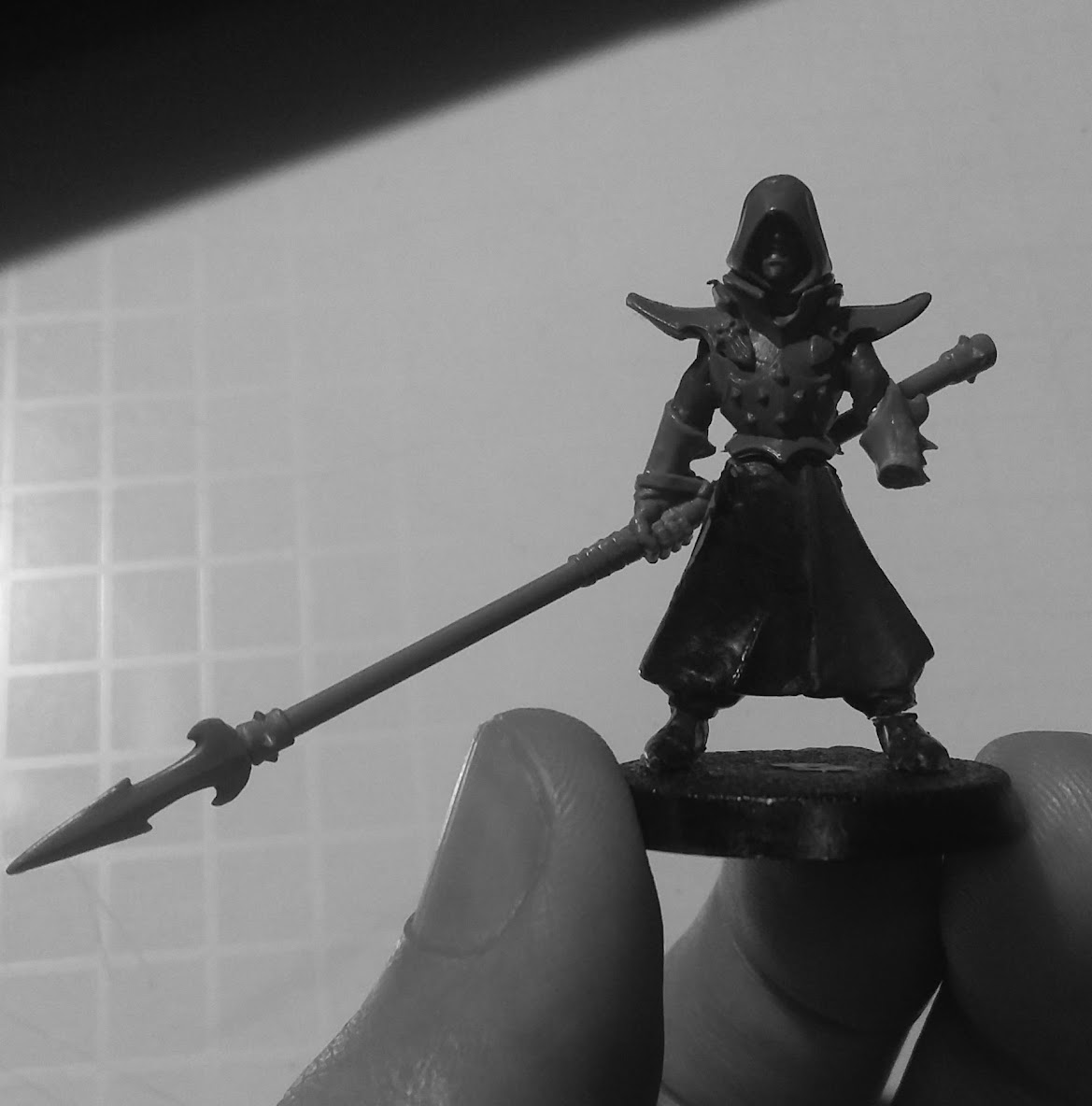 The shield isn't attached yet as I still need to fill out the sleeves a bit more, and I'llprobably  shorten the top bottom killy end of the spear a bit and add the lengthen the other end a bit.