Daankop, has not been the leader of the Da Big Blue Fist clan for long.  Always gifted in the shamanistic ways of the tribe, he had served the previous Prophet as a Wardokk for many years.  A few years ago the simple nomadic existence of the tribe had been interrupted by the appearance of strange warriors from the heavens. Wrapped in gold and bathed in blue lightning these warriors descended from the sky and waged war across the plane of Ghur.  Da Big Blue Fist met them on the field of battle and were impressed by their martial prowess and stoic resolve.  When Daan first saw the warriors from the sky he immediately thought back to his clan’s myths about the hammer of power that fell from the sky in a storm of blue fire.  During the battle Daankop struck down one of the heavenly warriors but as he died his form returned to the heavens in a stroke of blue lightning.  The blue bolt struck Daankop as it surged skyward and threw him  backward, unconscious and tumbling away from the battle.  Daankop awoke hours later surrounded by his fellow Fists. They had won the battle but they were not celebrating as normal.  Instead a group of Morboys were huddled around him starring in awe. As he looked down at his hands the reason for their fascination became apparent, a soft blue fire was emanating from the blue warpaint on his fists, wrapping him in a pale blue haze.  Unsure what was happening Daankop stood there just as transfixed as the crowd grew around him.  The stunned silence was broken by the approach of the the Prophet, Kurkuk.  Waving his staff at Daankop, the Prophet screamed, “Dat one as been spoilt by da magik of da sky, git him.’ The assembled Fists hesitated.  They had all heard tales of the past power of the clan that fell from the sky and they now looked puzzling from Daankop to the blue warpaint that covered their own bodies. Seeing their confusion and overcome by a burning fire inside him Daankop reached forth his hand and let out a great scream. From his hand a stream of blue flame surged forth enveloping Kurkuk.  In a matter of seconds Kurkuk was reduced to a pile of ash and the Orruks of Da Big Blue Fist clan were kneeling at Daankop’s feet.  They had accepted their new Prophet.

In the days that followed Daankop has led the Fists on successful hunt after successful hunt, nothing able to stand against the power of his blue flame and the fervor it inspires in the Fists.  In his dreams Daankop sees a vision of himself bathed in blue fire leading the Fists in a great battle against a massive army full of strange and grotesque monsters. Daankop can feel the fire inside him leading him toward this battle and he pushes the Fists ever forward, hunting this prophetic scene.

DaanKop’s lead Wardokk is Furkup. An Orruk of unusual intelligence, Furkup had always been fascinated by the tales of the Fists' past glory.  This obsession led him down the path of the Wardokk and made him one of Daankop’s first and fiercest followers.  For his fervent devotion Daankop rewarded him with a warmask touched with Daan’s blue flame, capable of unleashing the blue fire from its carved eyes.

Here are my finished Prophet, his Bale Wind Vortex and my Wardokk.  Hope you guys enjoy the fluff, will get some battle reports up soon. 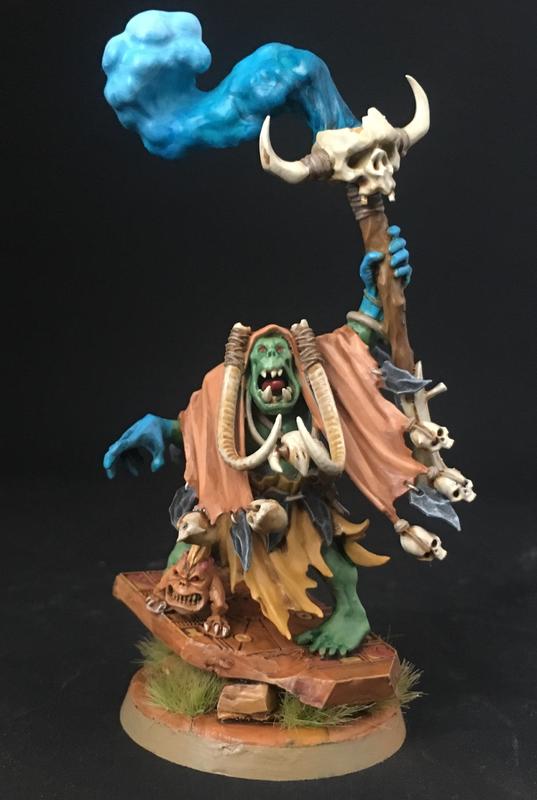 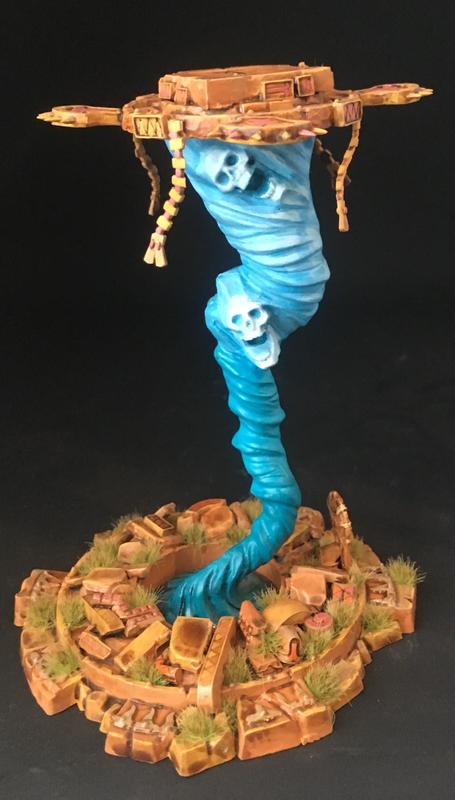 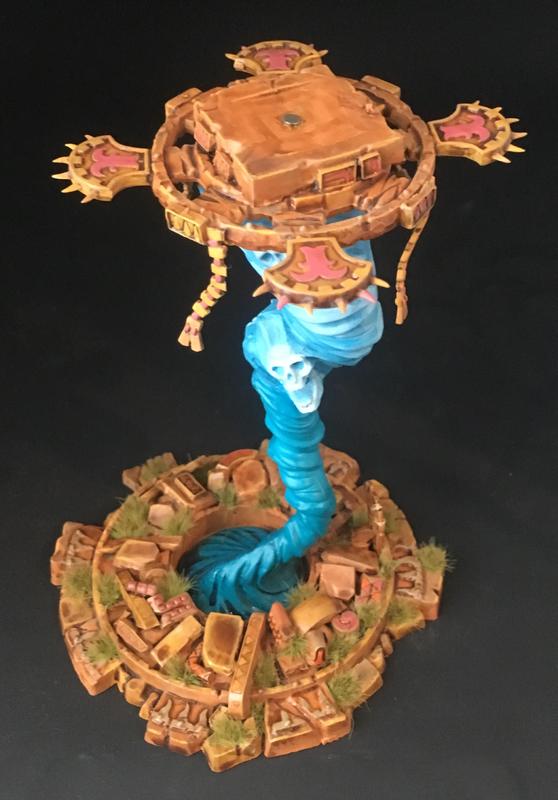 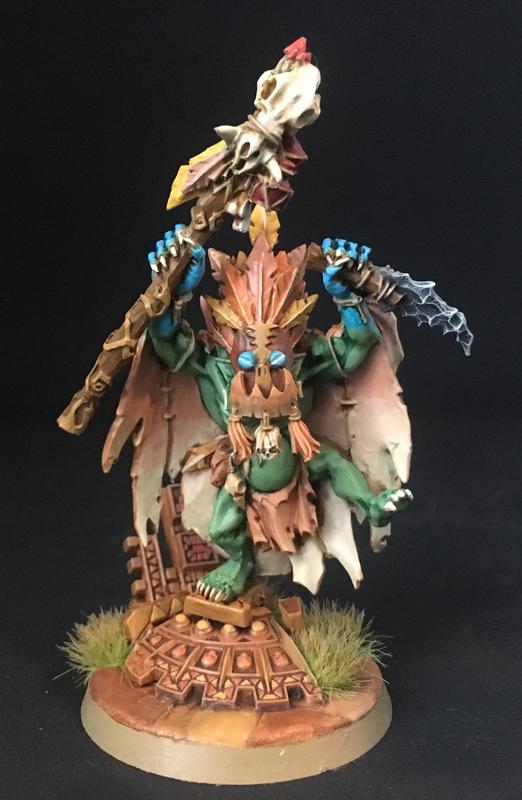