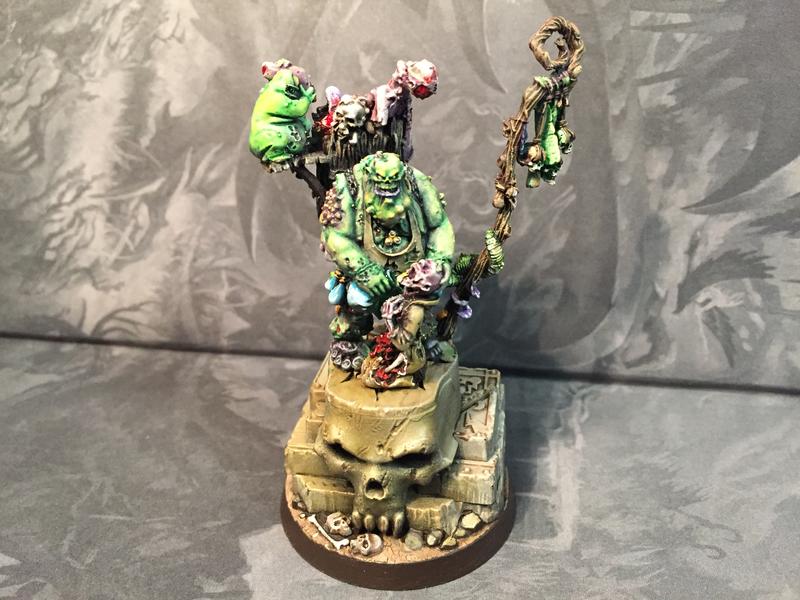 After the final push for Blood and Glory ended I decided I needed to get back to painting some miniatures and make sure I hadn't forgotten how to do it! I'd started working on a Festus model  a while ago as part of my Nurgle force that is slowly growing in size. The first thing that struck me was how small the model is. He really doesn't stand up to the new models that all stand a good head taller. To solve this I stuck him on one of the Hero Bases that GW released last year, This certainly made him look more imposing! I tried to keep the base in the brown spectrum and quite muted, and I made sure to keep the tones similar on the poor victim that is drinking the potion. The browns on the staff and the back pack were varied more. Accent colours were the blues and purples that are dotted around the model on all the bottles and mushrooms. I painted Festus using a lot of green washes and also tried to bring a lot of yellow tones into the face to match the nurgling and balance them out with the green parchment on the top of the staff. I also used some bright green on the tentacle. This was probably the bit f the model I rushed the most and am the least happy with. Overall I am happy with the model, but wouldn't consider it my best work. there were a lot of areas that I rushed and a lot of small details that I just didn't give a lot of time too as I wanted to get him finished so I could crack on with some more Tzeentch models! 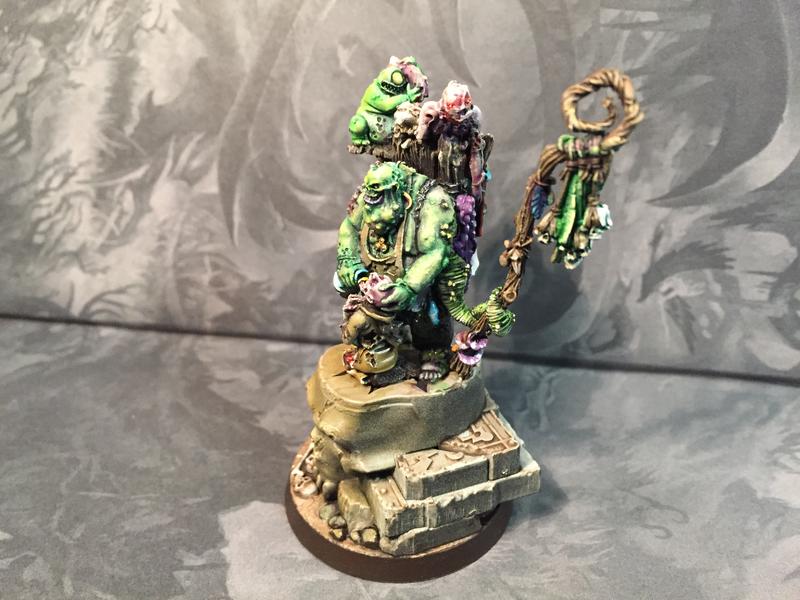 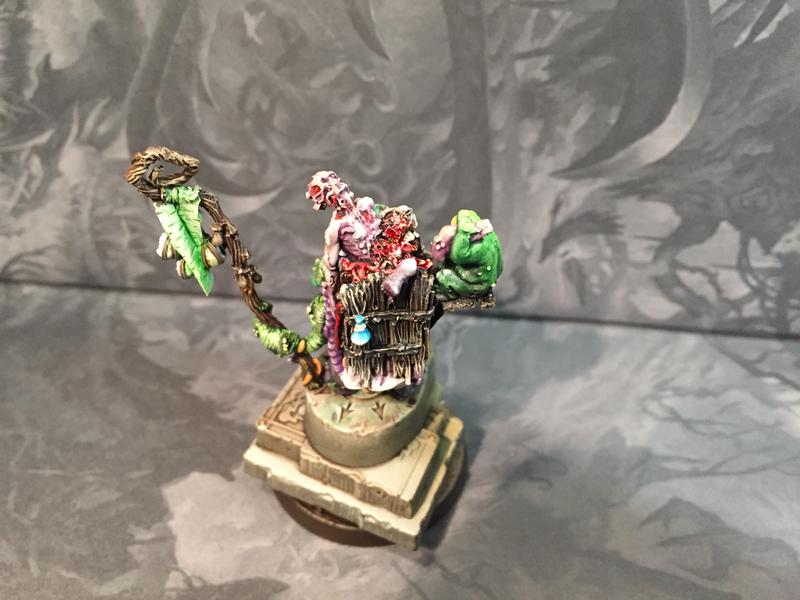 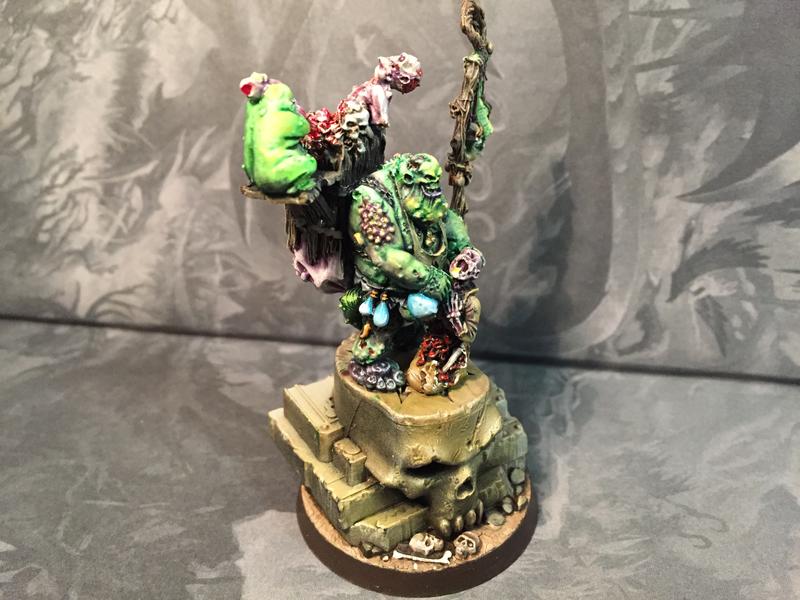