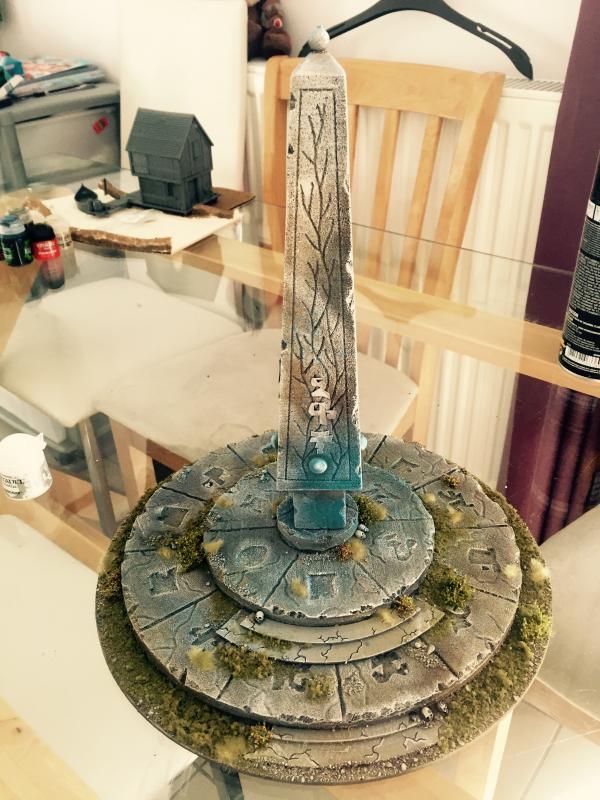 For the Realm of life table I wanted to add in a piece that called back to the Old World, so I thought that an Elven Waystone dedicated to Allarielle would be a nice way of doing this. It could be kept standing through the powers of the wanderers and have some magical effect that bolstered the Sylvaneths power.

One of the challenges with making this from blue foam is keeping all the angles consistant. To solve this I b cut a rectangular block and then cut a wedge from a a second piece to make sure the angle would be consistent. Each time I made an angled cut along he long sides I kept the off cut and taped it back on so that I was always cutting from a rectangle. This meant that the shape would be consistent throughout.

I cut the waystone and the square base together and joined these with cocktail sticks and silicon glue. I drew on a lot of the detail with a pencil to make the indented pattern and then glued on some half beads and the elven letters that I cut from a stencil. The top of the waystone was decorated with a small circular gourd that came from the lake town house kit from The Hobbit range.

The Plinth was made from thin slices of blue foam that I laser cut. I was able to engrave on the stone shapes and runes which saved a lot of time. I had to play around with the power setting n the machine to get a good effect though. When this had finished I glued them all together onto a hardboard base. The edges were sanded and I cut the edges with a craft knife to roughen the stones appearance. I also cut some steps from cardboard that I could glue down. 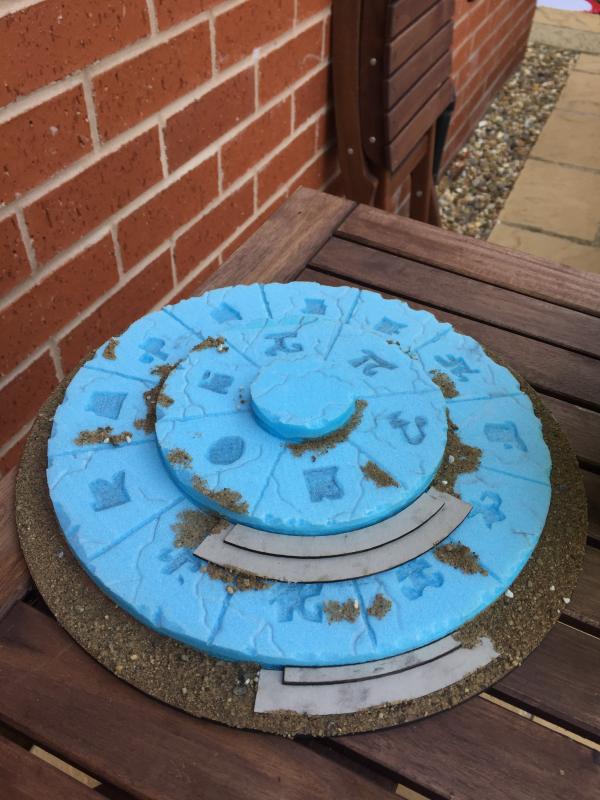 Painting was a quick job. First I gave the whole thing a coat of blue tester pot paint from B&Q before spraying it all with greys and browns. I did the waystone and the plinth separately. Then I drybrushed the whole thing with Wrack white and Terminatus Stone before spraying the half beads and the top gourd with a bright blue to create the OSL effect. Its a bit non specific, but it does the job. I then edge highlighted a lot of the stone work and drew on the cracks in the steps with a sharpie and white paint. 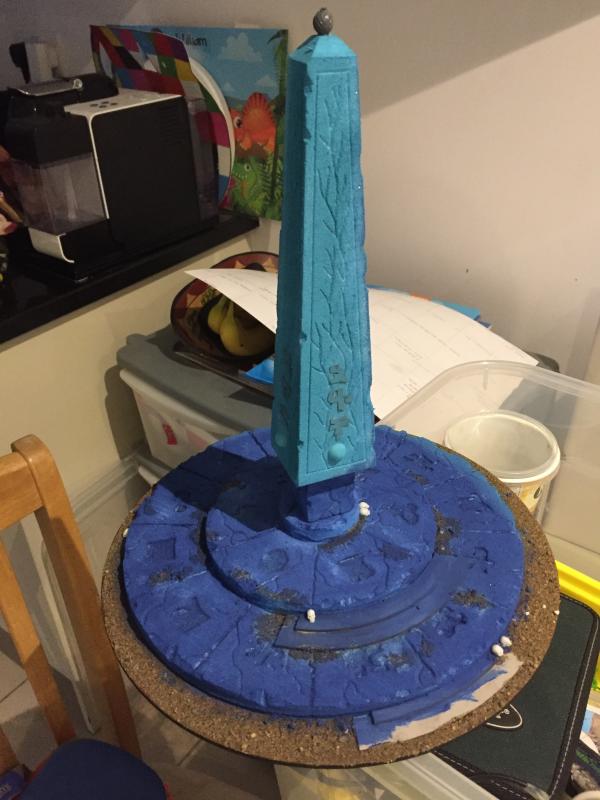 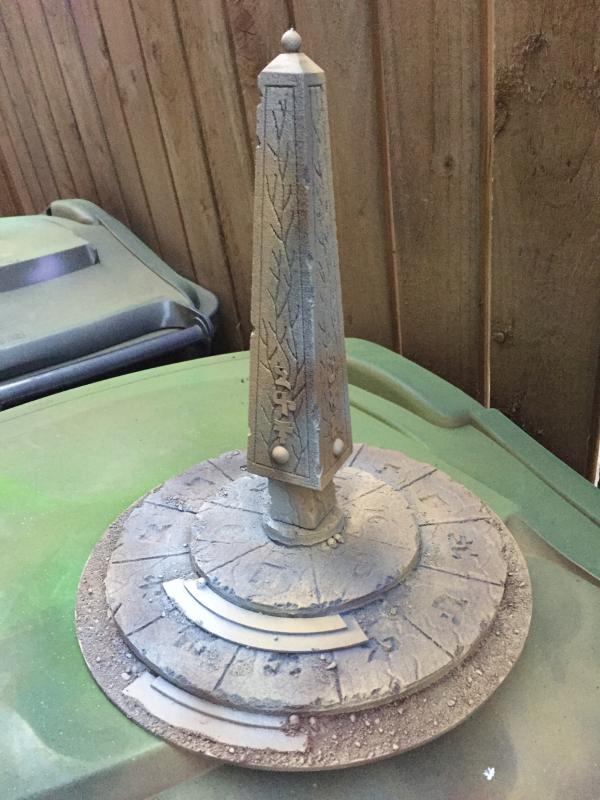 The final step was to glue the whole piece together and add some flock, tufts and bushes.