So I decided to finish up one of the heroes of the army and there really isn't much else to say. This guy (below) was easy to pile into an afternoon. Everything is neatly divided on the model and the cape has lots of flats which allows for easy blending (which I definitely still need to practice). Further, I'll admit the lighting is a little off but I was trying a sharp contrast - if he was leaping out of the darkness and into the light.

I've also finished up some sisters of silence, but I'm saving those for another post.

In other news I'm planning on branching over into painting some high aelves as a side job. Having a read of the rules behind phoenix guard seem like they could be what this army is missing (still within an army of Order). Question is, do I paint them to match or in contrast with my current darkling colour scheme?

The flamespyre/frostheart phoenix also seems like it packs a real punch. Has anyone had any gameplay with any of these models (phoenix guard or phoenix)?

Here is Shadowblade, the master assassin. 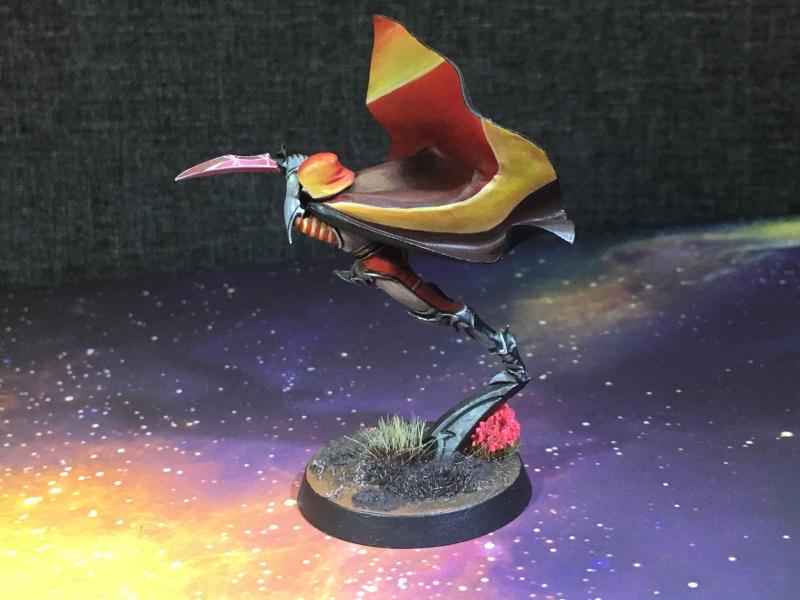 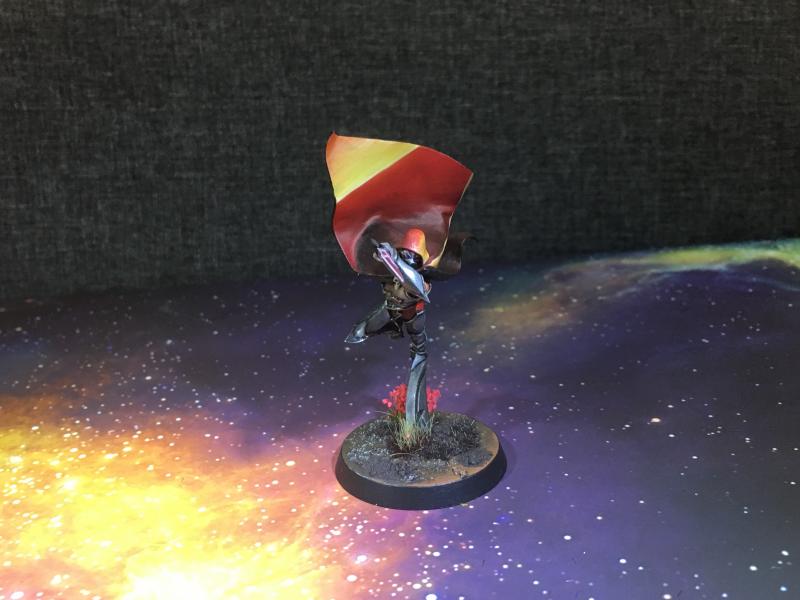 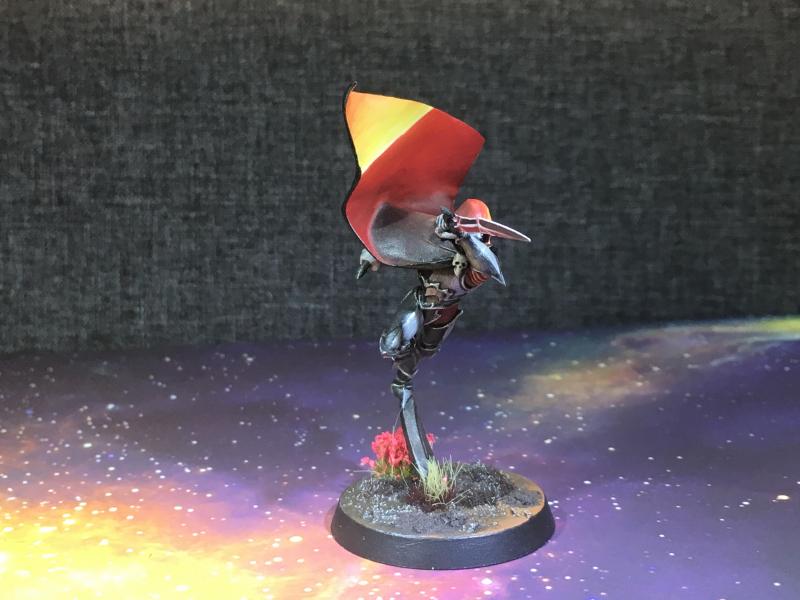 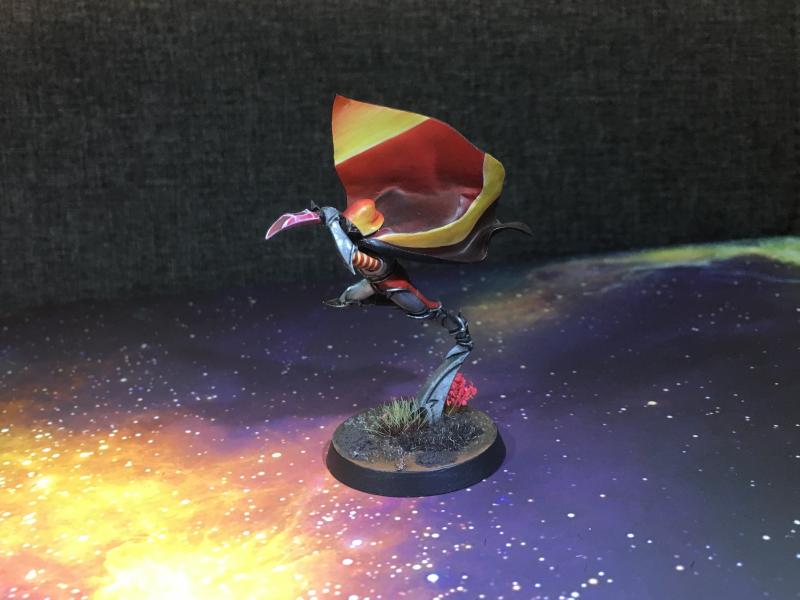 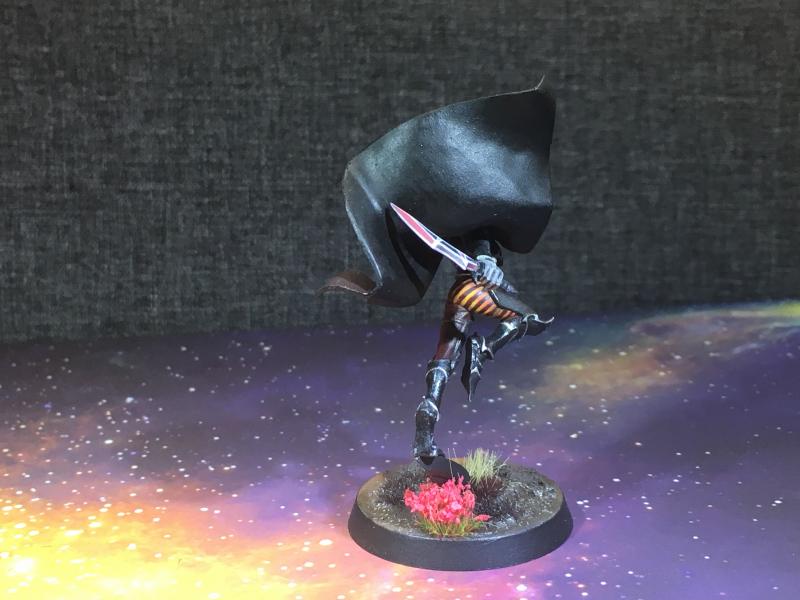 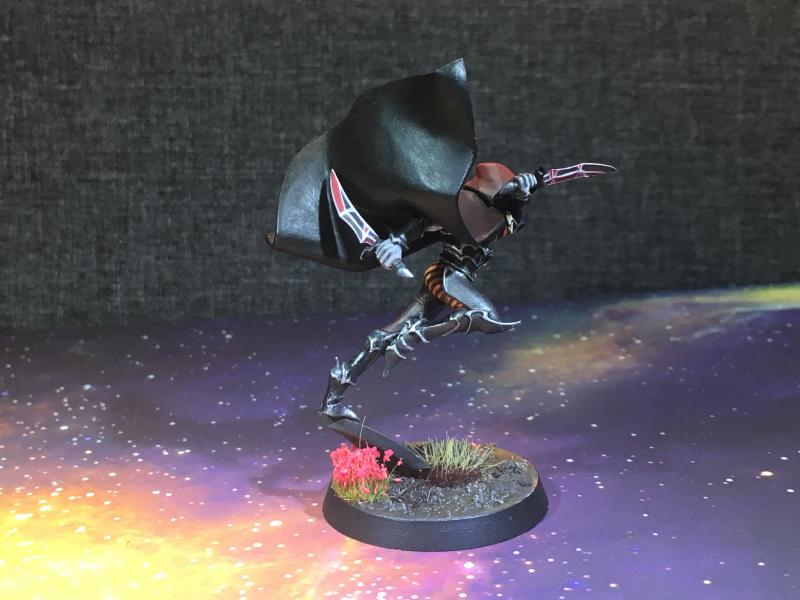 "Fables of his grisly adventures are already used as stores to scare Dark Elf children, a litany of murder and terror that grows longer and bloodier with each passing day."